Huawei’s Mate 10 announcement is just around the corner and a leak coming from the company’s home market has confirmed some of the previous reports about the phone.

According to a promotional poster of the phone, which was sighted by Weibo user Daimoi, the Mate 10 smartphone will feature a 6.2-inch 1260x1080p display.

The poster has also revealed the presence of Leica branded dual camera setup on the back of the phone with 20-megapixel and 23-megapixel sensors. In addition, the Mate 10 ownsers can expect to see a 4000 mAh battery and Kirin 970 octa-core processor with a dedicated Neural Processing Unit (NPU) for AI tasks.

No other specifications were listed in the poster, but reports indicate that Mate 10 will run on Android Oreo with a new EMUI version. The phone is likely to carry a price-tag around $650.

To remind you, Mate 10 will be unveiled at a press event in Munich on October 16 and will be joined by Mate 10 Pro and Mate 10 Lite phones. The Mate 10 Lite is likely to be the same phone, which has been released in India as Honor 9i and Huawei Nova 2i in Malaysia. 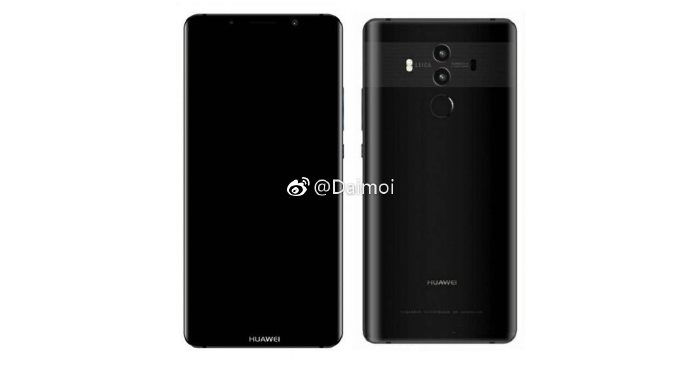