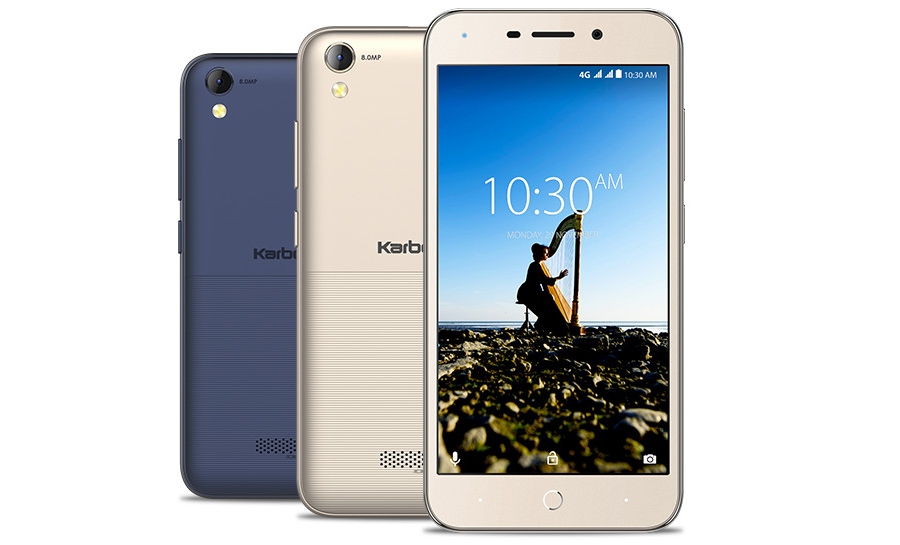 2017 is coming to an end soon and the smartphones have clearly moved on to better technologies, but the Indian smartphone vendors like Karbonn continue to live in the 2016. The company on Thursday announced the launch of its new K9 Music 4G smartphone, which apart from its so-called USP of two speakers, is eerily similar to most of the budget phones released last year.

It features a 5-inch display with FWVGA resolution and is powered by 1.3GHz quad-core processor, most likely made by MediaTek. The phone also includes an 8MP rear camera with LED flash and 5MP selfie camera. Other specifications of the phone include 1GB of RAM, 16GB of internal storage and dual-SIM support. In terms of the software, the phone runs on Android 7.0 Nougat and in all likelihood will never see an update.

There is 4G LTE support, dual-SIM card slots, microSD card slot and a 2200mAh battery as well in the phone.

According to Karbonn, the phone will be offered in Champagne and Blue colour options. It carries a price-tag of INR 4,990. The company is also bundling three month subscription to Saavn with every purchase.

While such specifications would have fine in 2016, the smartphones like Redmi 5A have shown that the consumers don’t have to settle for just 854x480p resolution or mere 1GB of RAM, when you can get HD screens and 3GB of RAM at the same price. The Indian companies don’t seem to understand this simple math and that is probably the reason why they are nowhere to be seen in the top five smartphone players in the country. It seems they are just not ready for change and still try to work with age-old formula, which are no longer relevant.