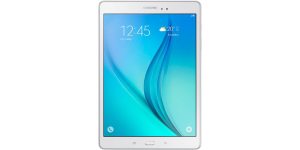 Korean manufacturer Samsung has released the Nougat update for the Galaxy Tab A 9.7 tablet in various European markets. The update is now available over-the-air (OTA) in Spain, Italy, Hungary, Ireland and Germany. It is expected to reach more markets over the coming days.

According to SamMobile, the software update not just upgrades the Galaxy Tab A 9.7 to Nougat from Marshmallow, but it bumps it directly to Android 7.1.1. To manually check for the update, head over to Settings > Software Update > Download Updates Manually.

Samsung has been steadily updating its portfolio to Android 7 Nougat and considering the sheer number of different Android devices it sells, it is no surprise that the updates are taking time. Anyway, the company’s Galaxy Tab A 8.0 is likely to be the next tablet to get Android 7.1.1 update in the coming days.

In more Samsung tablet update news, the company has rolled out a new update for Galaxy Tab S3 in the Netherlands (other markets will follow), which adds support for HDR video streaming from Netflix.