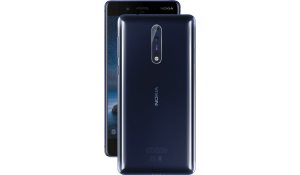 Update: After  a lot of hue and cry from the consumers, Nokia has now changed its stance. The company has said that it is now willing to unlock the bootloader of at least one Nokia Android device. This lucky smartphone is a mystery at this point.

Earlier: HMD Global has revealed that it has no plans to provide any official support for unlocking the bootloader on the Nokia Android smartphones. Although the news is surprising, it is hardly the first time any Android device maker has declined to offer bootloader unlock support.

The company’s Juho Sarvikas cited the security concerns as the reasoning behind the decision. He however added that HMD Global will share the kernel modifications to the open source community.

Hi there, thanks for your interest! No official support for bootloaders is available.

Sorry, we wont unlock it due to security however we will share our kernel modifications back to the open source community, wip

For the uninitiated, unlockable bootlloaders matter because without them it is impossible to flash custom ROMs on a smartphone. However time and again the developer community has showed that they always find a workaround and it is quite likely that Nokia users might end with an unofficial bootloader unlock tool in the future.

Although HMD Global has revealed that it is working on Android 8.0 updates for all Nokia smartphones, the company has been shy on giving a timetable. Now the news is coming from Taiwan, where one of the HMD Global executives let it slip that Nokia 8 Oreo update might arrive as early as next month. The update is said to be in final testing and is expected to be released in late-October.