Google revealed at the ongoing I/O developer conference earlier today that it has started rolling out Google Play services v7.5 for the Android devices around the world. The new version brings a number of new APIs for developers (details here), but the most important consumer-centric feature is Smart Lock for Passwords.

According to Google, Smart Lock for Passwords is a password manager built into your Google account and it can automatically sign you into websites on Chrome and in applications on Android. For this to work seamlessly, first the developers have to put the necessary framework in place into their applications and websites. Google notes that Eventbrite, Orbitz, Netflix, Instacart, the New York Times are already using Smart Lock for Passwords to get people automatically signed-in across their properties. LinkedIn and many more will be joining the party soon. The developers can head over to this blog post to read more about how to implement Smart Lock support on their website or application.

So, how does  Smart Lock for Passwords work for consumers?

Smart Lock will remove the tedious task for manually entering passwords on mobile devices, which is a pain. It is unclear at this point whether Google will automatically use the already saved credentials in Chrome for Smart Lock or not, but it seems likely. 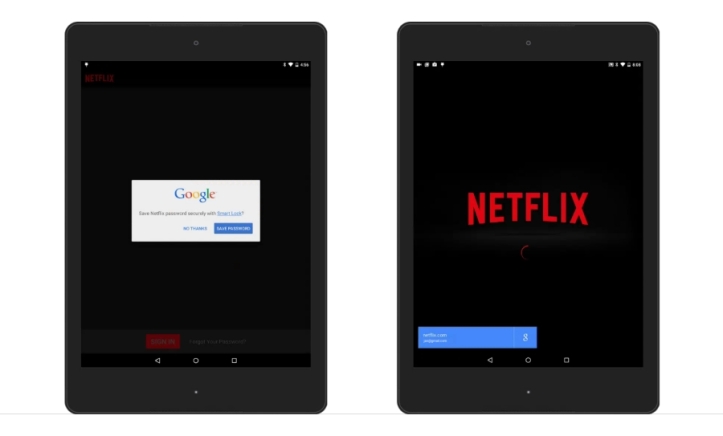 Google is planning to add new features including support for sync passphrases and Smart Lock for Passwords API support on other platforms later this year.