Google on Friday announced the launch of the new Chromebook models from XOLO and Indonesia’s Nexian in the Indian market. The XOLO and Nexian Chromebooks have been priced at INR 12,999 and will go on sale in the next few days. The pre-orders are now live for Nexian Air Chromebook.

Originally announced in March this year, the new Chromebook models are powered by 1.8GHz Rockchip RK3288 quad-core processor and come with features like 11.6-inch HD display, 2GB of RAM and 16GB SSD. Like all Chrome OS devices, the XOLO and Nexian Chromebooks will also get 100GB of Google Drive cloud storage.

Among other device-specifics, the Nexian Air Chromebook sports a rugged body with a pop-up handle, which can be used to carry the device. On the other hand, XOLO Chromebook features a normal plastic build with no special tweaks for added durability.

“When we introduced Chromebooks four years ago, we wanted to build a laptop for the way people use computers today – always fast, easy to use, and secure by default. Since launching Chromebooks in India, we’ve been working to ensure that Chromebooks work in an environment where connectivity can be spotty, and many people’s first experiences with technology and through a phone rather than a laptop,” Smita Hashim, Global Product Manager, Chrome OS.

According to Google, the XOLO Chromebook be available exclusively via Snapdeal.com and Nexian Air Chromebook will be sold via Amazon India. There is no word on whether these Chromebooks will ever be released via Google Store. 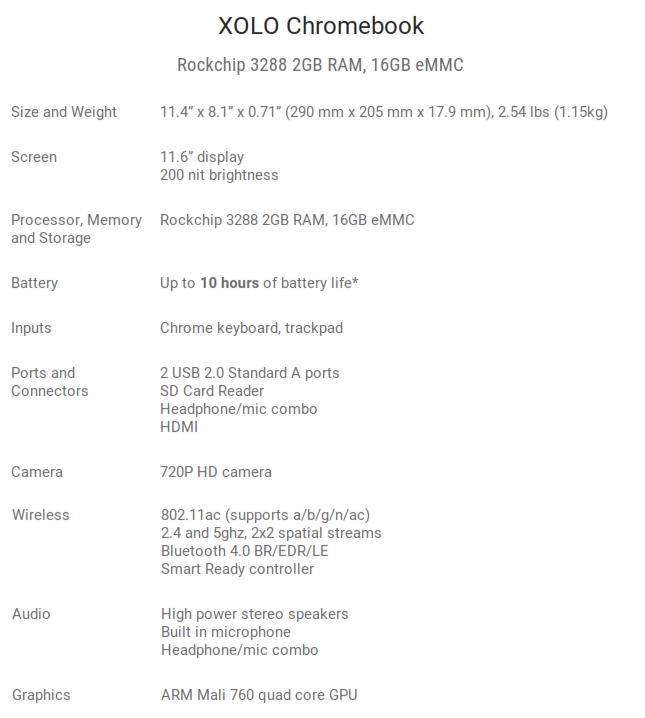