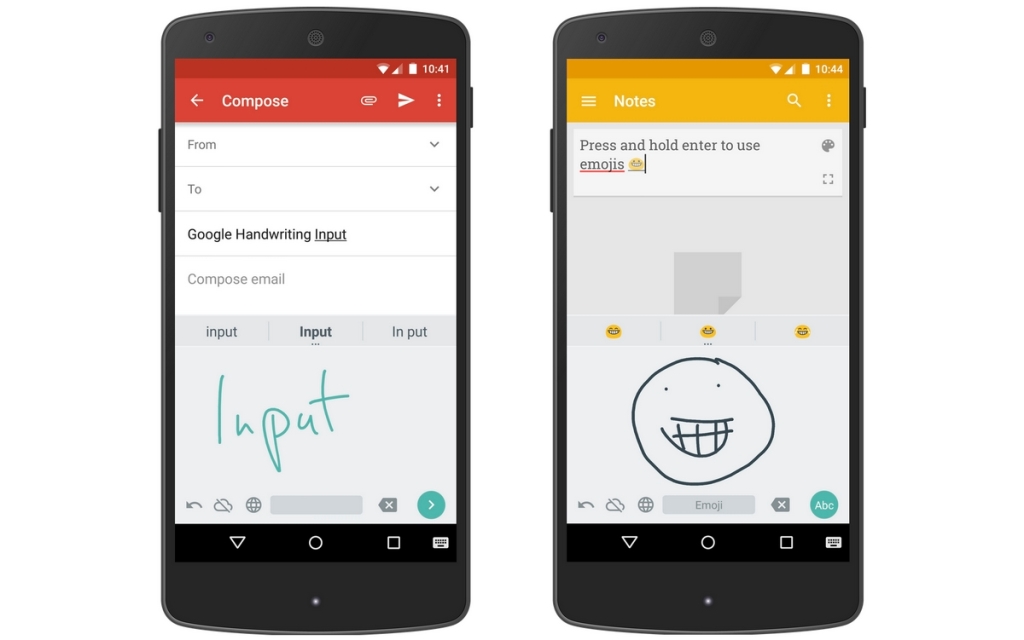 Google’s Research division on Wednesday announced the launch of the new Handwriting Input tool for Android. The input app in now available for free on Google Play and supports not one or two, but 82 languages in 20 scripts, making it probably the most thorough input tool on Android.

“Entering text on mobile devices is still considered inconvenient by many; touchscreen keyboards, although much improved over the years, require a lot of attention to hit the right buttons. Voice input is an option, but there are situations where it is not feasible, such as in a noisy environment or during a meeting. Using handwriting as an input method can allow for natural and intuitive input method for text entry which complements typing and speech input methods,” wrote Google Research team in a blog post.

Using the Google Handwriting Input is pretty straightforward. You use it like any other keyboard app on your Android device. Set it up, download the languages you normally use and select it as your preferred input mode and you are good to go.

During my brief testing of the app, I found it to be quite accurate most of the times. It feels slower as you have to write everything on that small screen of your Android phone, but it will be quite useful in many languages, which are hard to type on a virtual keyboard.

In addition to the 82 languages, Google Handwriting Input also support emojis, so you can just draw an emoji on the screen and it gets entered.

As the app downloads the required files at the time of the set-up, you don’t need an internet connection to use the input method.