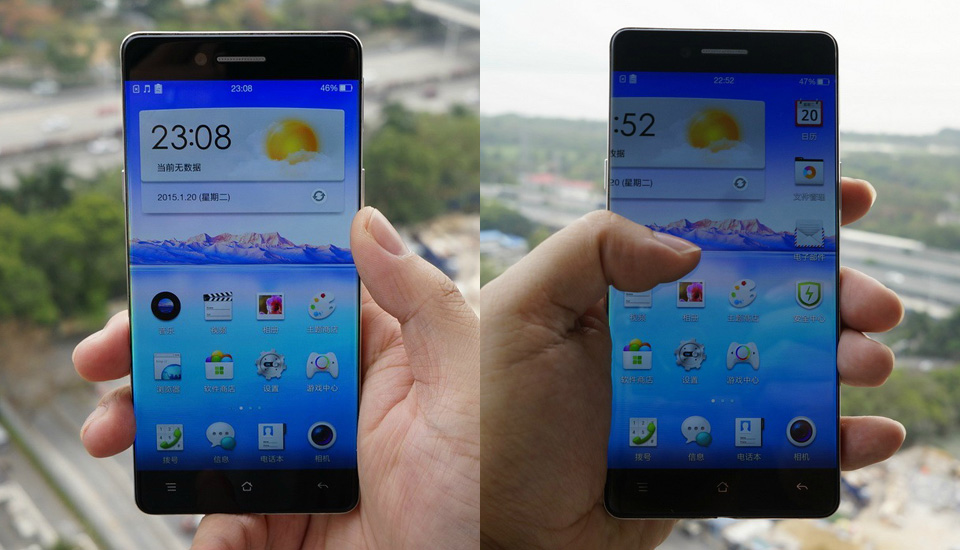 Oppo is working on a new Android smartphone, which will include almost non-existent side-bezels. The smartphone was recently leaked online, giving us the first look at its ultra-thin bezels.

Oppo is not the first company to achieve this feat, in fact Sharp’s Aqous Crystal smartphone had super-thin bezel on three sides, not just two.

There is no word on when this Oppo smartphone will become official, but some rumours suggest that it is the company’s upcoming R7 smartphone. In addition to the ultra-slim bezels, the phone will also be super-thin like R-series phones. The phone is also expected to feature an octa-core MediaTek processor, a 20.7-megapixel rear camera and 4G LTE support.