Sony Xperia Z4 Tablet revealed, to be announced at MWC in March

Sony is getting ready to introduce a new Android tablet at the upcoming Mobile World Congress. Dubbed as Sony Xperia Z4 Tablet, it was confirmed by an accidental listing by the company on its Xperia Lounge application. The listing has now been removed, but not before a quick Xperia Blog reader snapped a screenshot.

The screenshot doesn’t reveal many specifics about the device, but it does note that the tablet will include 2K display, latest ultra fast processor and industry leading battery performance. The processor will most likely be Qualcomm Snapdragon 810. There is little doubt that the tablet will run on Android 5.0 with Sony’s software enhancements. We also expect it to include around 3GB of RAM, 16/ 32GB of internal storage, microSD card slot, NFC, and Wi-Fi.

The exact display size of the Xperia Z4 Tablet remain unclear and it could be 10.1-inch like Xperia Z2 Tablet or 8-inch like Xperia Z3 Tablet Compact. Anyway, with less than a week to go for MWC, we will soon have all the details. 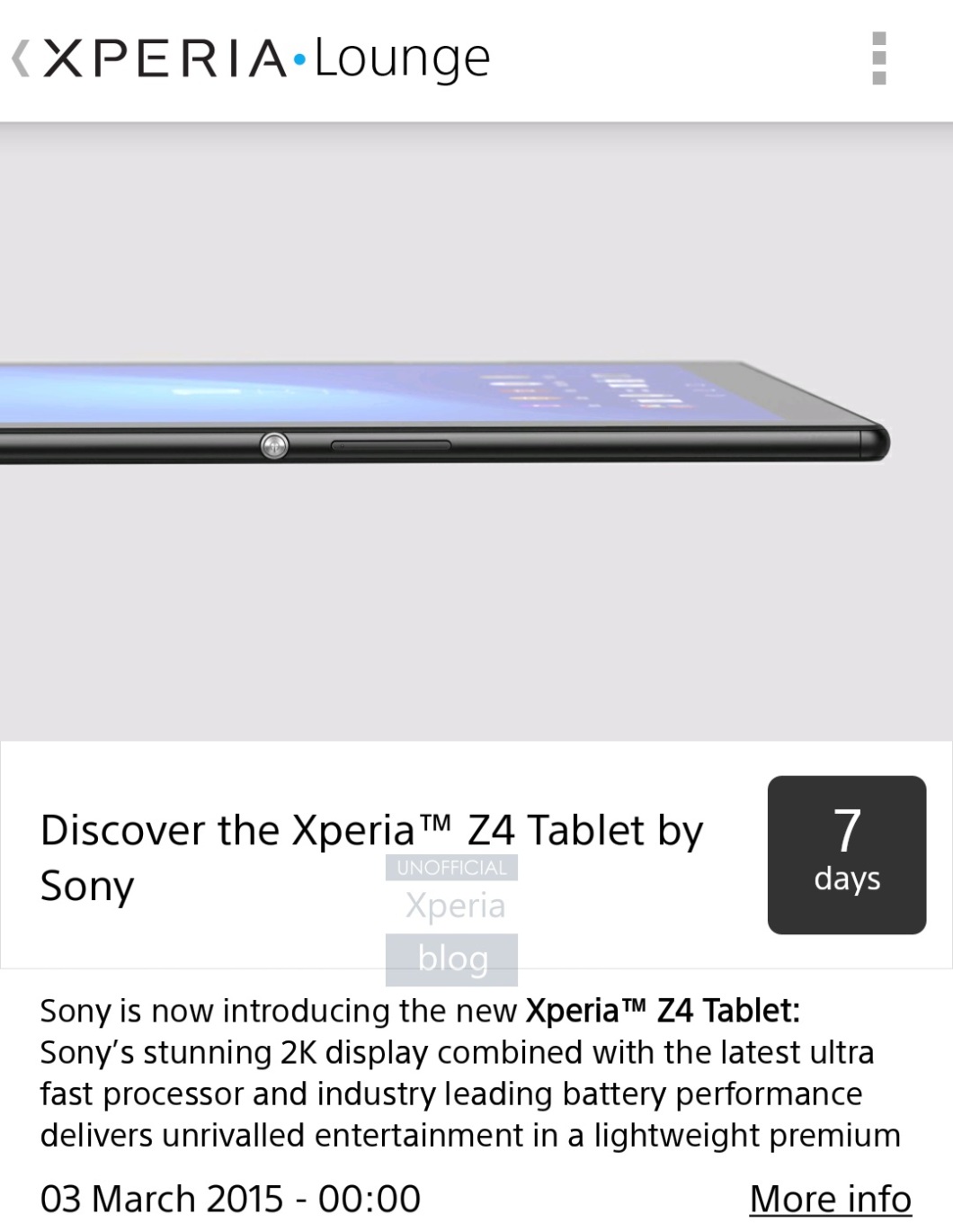