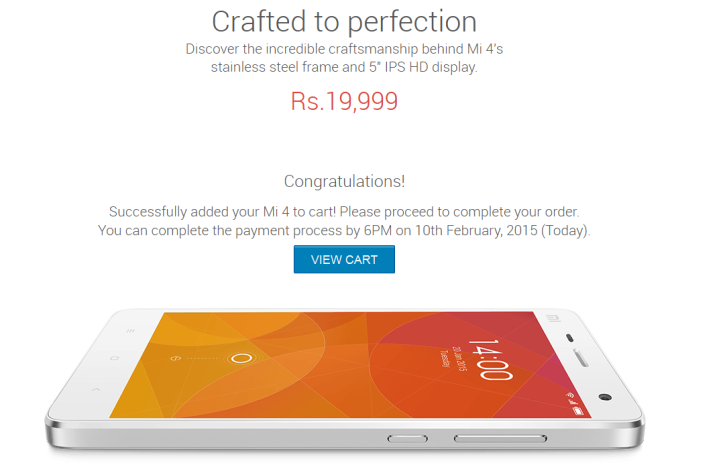 Xiaomi’s Hugo Barra has revealed on Twitter that the first-ever Mi 4 flash sale lasted only 15 seconds on Flipkart. According to Xiaomi, around 25,000 units of the phone were put on sale today and they finished within seconds as the sale opened at 2PM. The next flash sale is scheduled for February 17 and the interested consumers will be able to register for the same starting 6PM today (Feb 10).

Earlier, Xiaomi India head Manu Kumar Jain had stated that there were over 350,000 registrations for the Mi 4 sale, which makes it quite evident, why the limited stock of 25K units lasted so little time. We expect similar sell-outs in the coming sales too, as Xiaomi is unlikely to ever put a really significant amount of Mi 4 units on sale.

To remind you, Xiaomi currently only offers 16GB version of Mi 4 in the country and the 64GB version is scheduled to arrive on February 24 for INR 23,999.