YotaPhone gets second price-cut in India, now on sale for INR 12,999 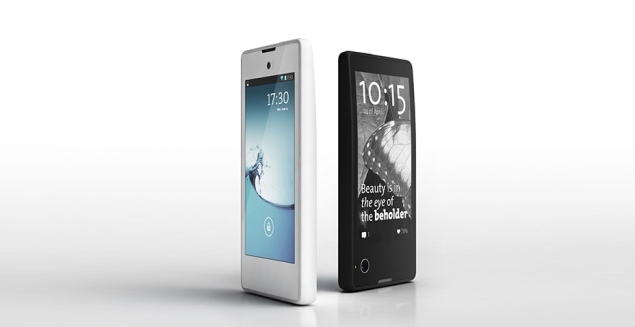 Down INR 5,000 from the existing price-tag

The dual-screen YotaPhone, which was launched in India in October 2014, has got another price-cut. It is now retailing for INR 12,999, after receiving two price-cuts since its launch. Initially released in the country at INR 23,499 , the smartphone had seen a price-cut to INR 17,999 in the first month itself.

Selling exclusively through Flipkart, YotaPhone features two screens, a 4.3-inch 720p HD display and a 4.3-inch e-ink display with 360p resolution. It is powered by a 1.7Ghz dual-core Snapdragon 400 chipset coupled with 2GB of RAM and runs on Android 4.2.2 Jelly Bean, which is a little outdated. Equipped with a 13MP primary camera with LED flash and a 1MP front-facing camera, the phone offers a non-expandable 32GB inbuilt memory. It also packs a 1800 mAh battery and supports 3G connectivity.

The price cut might have been triggered by the introduction of YotaPhone 2 in December last year, which will be available in the Asian markets in early 2015. The company is however yet to say anything about the new phone’s launch in India. With the latest price-cut, the phone has become an excellent deal for those looking for mid-range features in a smartphone with an added functionality of an e-book reader.