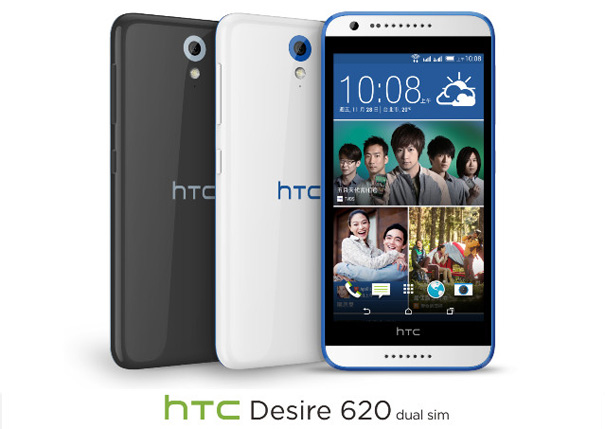 HTC has announced that its recently unveiled Desire 620 smartphone will be released in the UK early next year. The company has not shared the final pricing or an exact availability date, both of which will be revealed closer to launch.

HTC has also included dual-SIM and 4G LTE support on the phone, however it is unclear if the UK version will get these features.

According to HTC, Desire 620 will be released in white with blue accents, grey with orange accents and matte grey with light grey accents colour options.