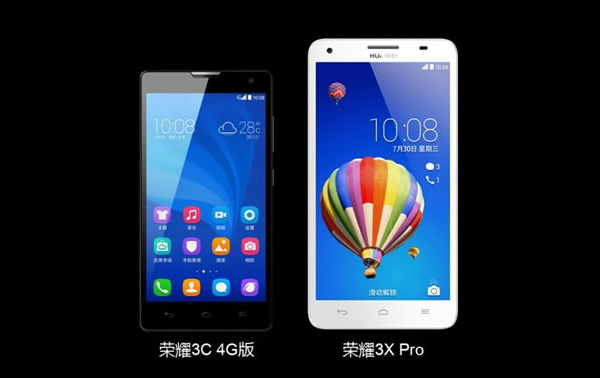 Within five months of introducing the new Honor 3C and Honor 3X smartphones, the Chinese telecom giant Huawei has released upgraded versions of these smartphones. Dubbed as Huawei Honor 3X Pro and Honor 3C 4G, the phones will go on sale starting June 5 in China. No word on the release in other countries right now.

On the other hand, Honor 3C 4G includes a 5-inch 720p HD display, 1.6 GHz quad-core HiSilicon Kirin 910 processor, Android 4.4 and 2300 mAh battery. The phone will also pack 8MP rear camera, 5MP front camera, and 4G support (TD-LTE for China Mobile). The company plans to launch it in two variants – one with 1GB of RAM and 8GB of on-board storage and other with 2GB of RAM and 16GB of internal storage.

Here is a look at the pricing of these phones: