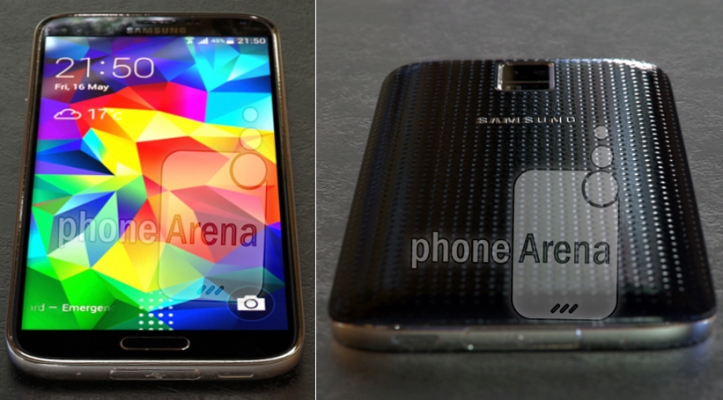 The first images of Samsung’s rumoured Galaxy S5 Prime smartphone have leaked online. While there is no way to check the authenticity of these pictures, they do seems like a real deal.

This premium version of the Samsung Galaxy S5 smartphone is expected to be announced next month as the answer to LG’s upcoming G3 phone with Quad-HD display. As per rumours, Samsung will include several improvements over the existing Galaxy S5 in the upcoming S5 Prime.

Coming to the leaked images, Samsung is keeping the Galaxy S5 like dimpled back on S5 Prime too, although the camera hump is gone. The company also seems to have included some sort of metal on the side of the phone instead of plastic, which is present in S5. Phone Arena is saying that this is aluminium, which makes sense.

In related news, @evleaks has revealed Samsung SM-G906, which is reportedly the Korean variant of Galaxy S5 Prime, will be come in black, white, gold, blue, and sweet pink colour options.

There is still no word on exact date of Galaxy S5 Prime but we hope to hear something from the company soon.