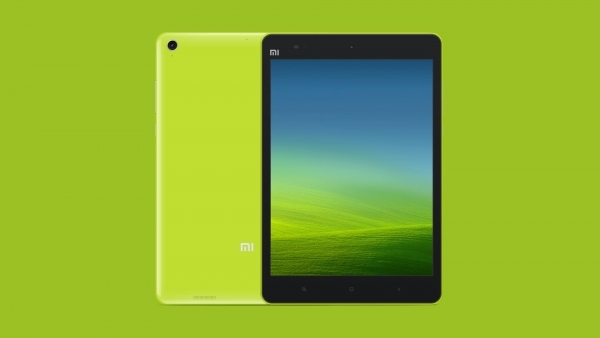 Xiaomi has unveiled its first Android tablet at a press event in Beijing today. Dubbed as Xiaomi Mi Pad, the tablet comes with a 7.9-inch display, which includes 2048x1536p resolution and 326PPI.

According to the company, the tablet is powered by NVIDIA’s new Tegra K1 quad-core SoC, which has been clocked at 2.2GHz. Among other specifications, MiPad packs 8MP rear camera, 5MP front camera, 2GB of RAM, 16/ 64GB of on-board storage, and microSD card slot. In addition, the tablet features Android 4.4.2 based MIUI 6.0, Wi-Fi, Bluetooth, and 6700 mAh battery.

Xiaomi has stated that it will begin Mi Pad sales in China next month but only as a test run. The actual retail availabilty details are unknown right now.

In addition to the Mi Pad, Xiaomi has also introduced the Mi TV 2 today. This new smart TV from the manufacturer runs on Android and comes with an impressive set of features including 4K resolution support.

According to the company, the specifications of MiTV 2 include MStar quad-core 1.45GHz processor, Mali 450-MP4 GPU, 2GB DDR3 RAM, 8GB of on-board storage and expandable storage support. It weighs just 12.9 kg and is 15.5m thick.