Looks like Samsung is going Sony-way with an upcoming Android device. Spotted in GFXBench database, the Samsung SM-T255 sports a 6.2-inch 720p HD display but is actually a small tablet.

While one would normally associate a 6.2-inch display size with phablets, it is not the case with SM-T255. Multiple details like the lack of SIM-card slot, a model number, which is similar to the model numbers of other Android tablets from Samsung, as well as the product description in Wi-FI Alliance certification, all suggest that this Samsung device is not a phablet/ smartphone but a tablet.

As far as we can recall, only Sony has released a similar device when it launched a Wi-Fi only version of Sony Xperia Z Ultra last year in Japan.

Coming to the specifications of Samsung SM-T255, as the GFXbench listing, the tablet will come with Android 4.3, 1.2GHz quad-core Qualcomm Snapdragon 400 processor, 1.5GB of RAM, and 16GB of internal storage. The tablet will also feature an 8MP rear camera, 1.8MP front camera, NFC, GPS and Wi-Fi support.

There is no word on when it will be unveiled or the pricing but we are actively tracking the story and will let you folks know as soon as something new pops up. 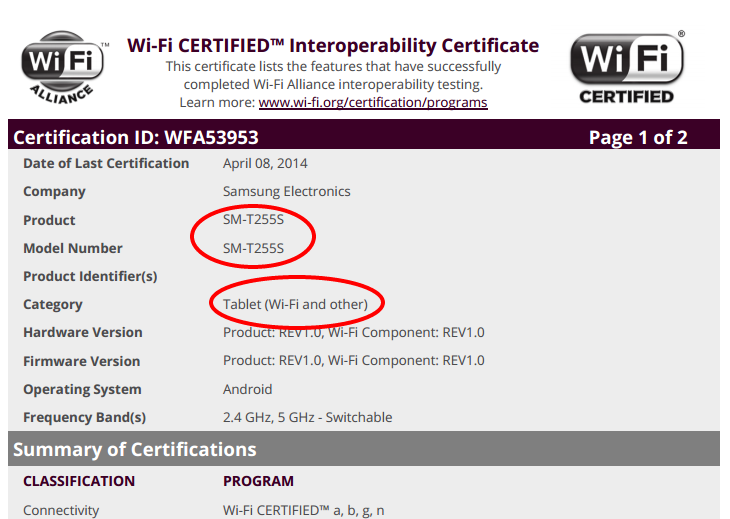