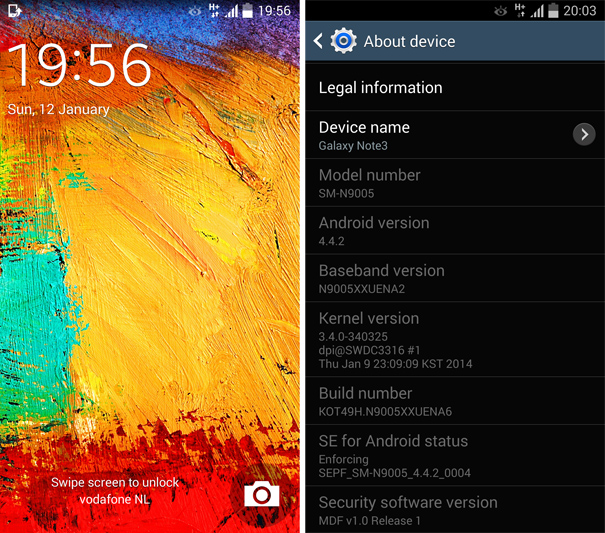 After a firmware leak over the weekend, Samsung has started rolling out the Android 4.4.2 KitKat update for Galaxy Note 3 N9005 (Snapdragon version) smartphone. The update is live in Poland right now and will be reaching other markets and regions over the coming weeks.

The official change-log is not available right now but you can expect to see some UI specific changes that were seen in the leaked build and KitKat specific features like immersive mode, lock-screen improvements, cloud-print support, better performance, upgraded Downloads app, new location modes and more.

It is important to note that it is the same version that was leaked during weekend, so if you have already flashed the leaked version on your Snapdragon powered Note 3, you don’t have get the released update.