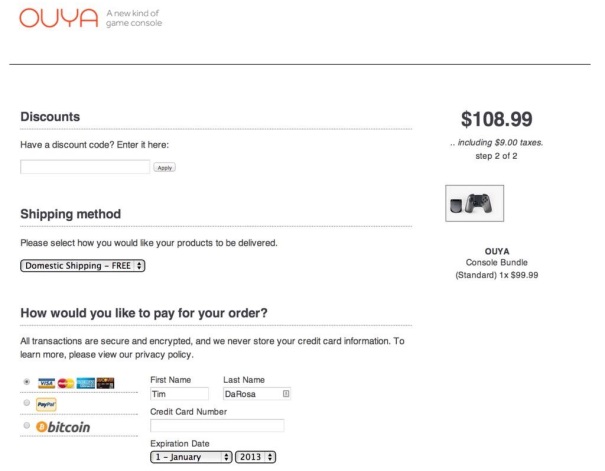 Want to buy Ouya and have some Bitcoins, you are in luck. Ouya has announced today that it is now accepting Bitcoin as a payment method for buying its casual gaming console.

For those of you unaware of Bitcoin, it is a virtual crypto-currency, which has suddenly started gaining a lot of traction. The exchange rate for one Bitcoin is hovering around $1050 right now, so for this $99.99 console, you will have to pay for around 0.0952 Bitcoin.

To remind you, Ouya is an Android-powered casual gaming console, which comes with Tegra 3 processor at core, 1GB of RAM, 8GB of storage, storage expansion support via USB, HDMI-out, Wi-Fi, Ethernet and Bluetooth.