According to a report by IDC and App Annie, Google Play has left Nintendo’s 3DS and Sony’s PlayStation Vita behind in worldwide mobile game spending. This official Android app store now follows Apple’s Appstore at the second spot but the gap between Apple Appstore and Google Play is huge right now.

Here are some Google Play related key findings from the report: 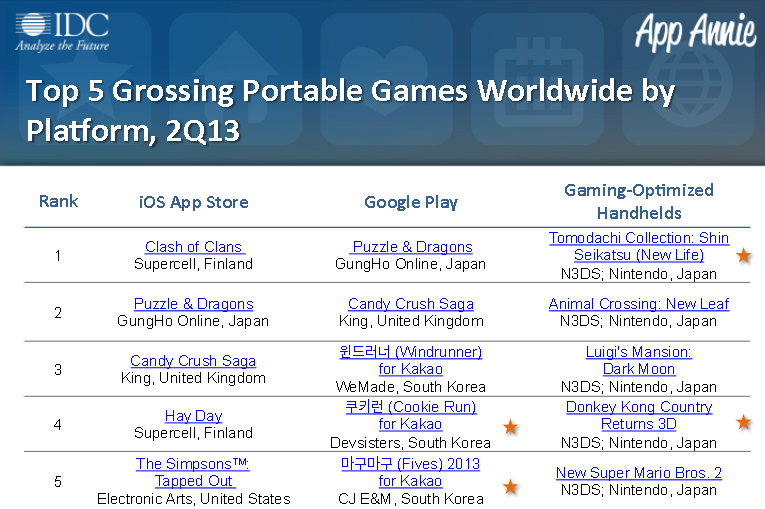 There are several factors for this rise in the game-related spending on Google Play like growing install-base and better monetisation opportunities for developers.

What does Google think?

In an interview with AllThingsD, Google Play’s lead project manager Greg Hartrell attributed growing Android revenues to three main factors: The expansion of Google Play into a total of 130 countries, up from 30 in early 2011; developers outsourcing features like cloud saving and multiplayer to Google’s game services so they can focus more on the game; and new ways to collect revenue from users, like direct carrier billing.