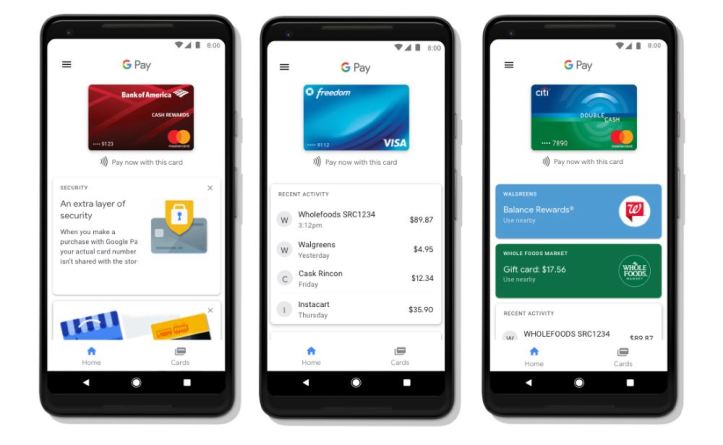 Update (Feb 20): Google has finally started rolling out Google Pay to the users with an updated app for Android. The app called Google Pay will replace Android Pay and packs a fresh coat of paint.

Google Pay app is divided in two halves. The “Home” half includes your default credit or debit card on top for quick payments as well as recent purchases, nearby local offers and more. The “Cards” half packs your credit cards, debit cards, loyalty cards, offers and gift cards.

Google has also announced that Google Pay can now be used to pay for transit in Kiev, London and Portland. More cities will be added in the coming months. If you have been using Android Pay, all the features that you have come to expect are present in Google Pay as well.

To remind you, Google Pay (like Android Pay )is currently available in 17 countries, including Australia, Brazil, Canada, Japan, Spain, UK and US.

Unveiled in a blog post on Monday, Google Pay will offer all the functionalities that you have come to expect from Android Pay or Google Wallet. However, the country-specific payment products like Tez in India are still left out, but Google is promising that the unified experience will come to the Tez users. There is no word on when that will happen though.

Since Tez is a pretty new product and the users have just become used to the branding, so renaming it would be foolish. It is possible that Google continues with the Tez branding for the UPI payments and offers it as a part of the Google Pay along with the standalone app. We will know more in the coming weeks

Back to what Google is telling us right now, the company has said that Google Pay will make it easier for the users to use the payment information saved in their Google Accounts for shopping online, in store, as well as for peer-to-peer payments.

Google Pay is already available on the websites and apps like Airbnb, Dice, Fandango, HungryHouse, and Instacart in the US. Other products and services will getting it in the coming weeks in supported markets.