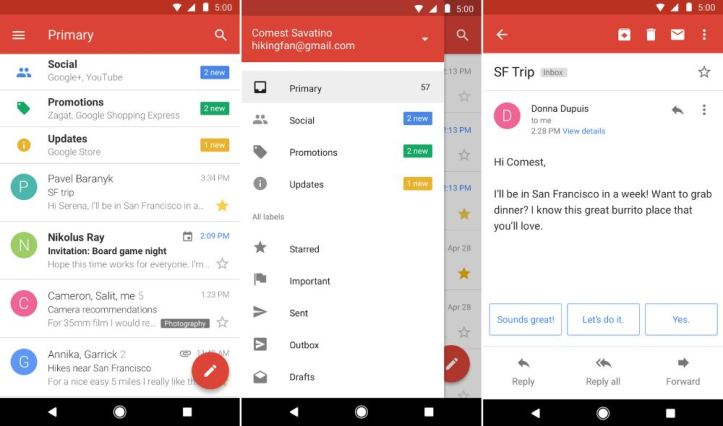 The official Gmail Go application for the Android (Go edition) has arrived in the Play Store. It is the last of the key Google apps to get a Go-variant. The search giant has already published the Assistant Go, Google Go, Maps Go, and YouTube Go applications.

As you can expect, Google Play only allows the Gmail Go downloads on the Android (Go edition) smartphones. However if you can get hold of the APK unofficially, the app will work on any Android device.

As per the Play Store description, Gmail Go app includes all major Gmail features like smarter inbox, notifications for new emails, search and multiple account support. The only key feature absent seems to be the push notifications.

Like other Go edition applications, Gmail Go is smaller in size and works well even with poor data connections.

Where are the Android Oreo (Go edition) phones?

It has been over two months since Google officially launched the Android Oreo (Go edition) at an event in New Delhi and the phones powered by this OS version are nowhere to be seen.

As per the rumours, the first Android (Go edition) phones were supposed to arrive in late-January, but we are yet to see a single launch. Indian smartphone maker Micromax had even teased its Android (Go edition) phone “Bharat Go” in the middle of January, but the company has been silent since. Hopefully, Google and the smartphone makers will have something new to share at the upcoming Mobile World Congress.

For those of you unaware of the Android (Go edition), it is special version of Android for the low-RAM and low-storage smartphones. Google has developed it from the ground-up to offer a good experience on low-end hardware.