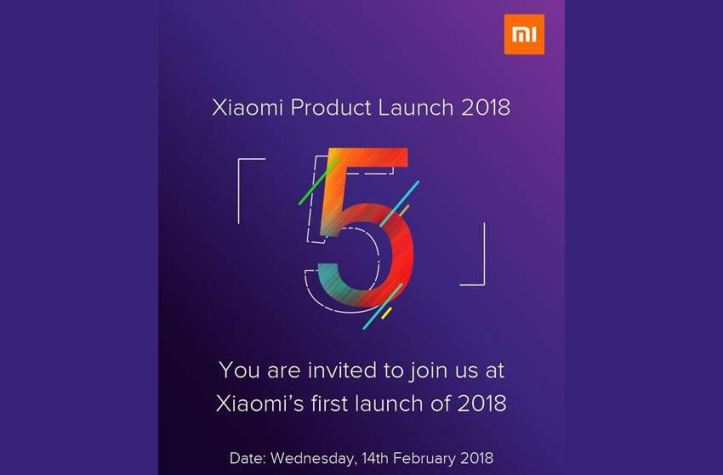 Update (Feb 7): It seem Xiaomi maybe planning to introduce the Redmi Note 5 on February 14. According to a report in Techook, the website found references to Redmi Note 5 in the code of the event page on Xiaomi website. We were not able to independently verify these claims as all the Redmi Note 5 references seem to have vanished. It is possible that Xiaomi removed these references after online reports.

Anyway, February 14 is not very far and we will know soon enough which new Xiaomi phone is going to make its debut in India.

Earlier (Feb 5): Chinese smartphone maker Xiaomi has sent out invites for a press event on February 14 in New Delhi. The company hasn’t revealed which smartphone(s) it will be announcing on the day, but the presence of the number 5 prominently in the invite indicates what we could see the Redmi 5/ Redmi 5 Plus or Redmi Note 5. This will be the first product launch from Xiaomi India in 2018.

Let’s take a look at what we know about the phones that may be launched next week by Xiaomi.

Redmi 5 and Redmi 5 Plus

Originally introduced in December, 2017, Xiaomi Redmi 5 and Redmi 5 Plus are the company’s successor to the popular Redmi 4 phones. The Redmi 5 phones include 18:9 displays and run on Android 7.1-based MIUI 9 operating system.

This rumoured Redmi Note 4 successor has allegedly been coming for a long time now. We have seen a number of contradictory reports about what we can expect when this phone finally debuts. Some reports suggest that Redmi 5 Note may be a version of Redmi 5 Plus, others point towards a completely new device. I am yet to see a credible leak about the phone. Still, if you are really interested in knowing about the phone before the official announcement – here are two reports (1, 2) that may give you some idea.

I believe that we are most likely going to see the India launch of Redmi 5 and 5 Plus on February 14. (Update: If a new report is to be believed, my intuitions may have been wrong.)