Samsung is finally ready to start rolling out Android 8.0 Oreo update as well as the new version of its user experience to the smartphones. The update could be released any day now, so it is a good time to look at what Samsung is changing in its own software to further enhance the Oreo experience.

While the Samsung Oreo updates will include all the base Android 8.0 features, they will also come with additional features aka Samsung Experience 9.0. This article will look at the changes being introduced in Samsung Experience 9.0. The same UI version will also be a part of the Samsung Galaxy S9 and S9+ smartphones along with a few new features, so this article should also give you a fair idea of what kind of software experience you can expect to see on the S9 smartphones.

If you were a part of the S8 or S8+ Oreo beta program, you have probably already seen all these features.

The upgraded Samsung keyboard brings a customisable keyboard toolbar, which gives you quick access to stickers, emojis, settings, GIFs, predictive text and more. You can also move these quick access icons around on the toolbar. In addition, the Samsung Keyboard packs four high-contrast keyboards for the users with visual impairments. This is not all, Samsung has also tweaked the keyboard settings to make them more user-friendly and added lots of new emojis, stickers and GIFs. 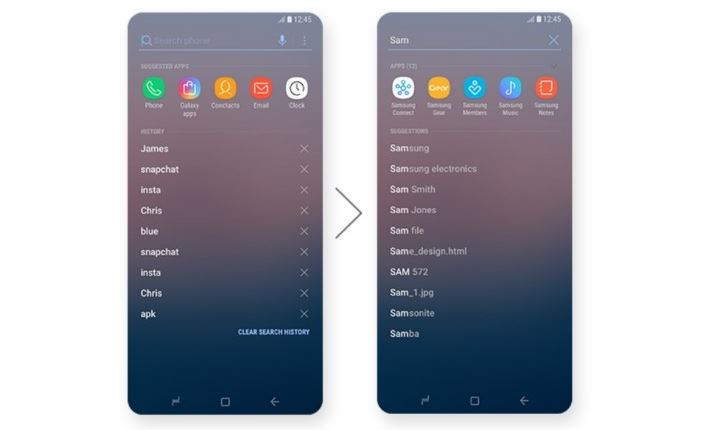 The built-in device search is also getting a boost in Samsung Experience 9.0. According to Samsung, the search will give you faster and more relevant results for pretty much anything you want to find on your phone. The search will also show keyword recommendations as you are typing a query. Also, the search results for apps like contacts, settings, files, messages and email will be shown in the form of cards. You will be able to use these cards to take quick actions without needing to go into the apps. In addition, for apps search, the device search not only includes the apps present on your phone, but also results from the Play Store and Galaxy Apps.

Taking a cue from the smart speakers, Samsung is bundling a new feature called Bixby briefing in the new UX version. It will announce the day’s weather information when your alarms rings. It can be turned on in the clock app. Although the briefing will initially only include weather information, I won’t be surprised if Samsung adds option to announce news and other details in the future updates.

If you don’t like reading against a white screen, Samsung Experience 9.0’s Color lens is a good news for you. It will allow you to change the color of your screen to suit your needs. It will available in the vision section of accessibility settings.

You will now be able to put a shortcut to Samsung Cloud directly on your homescreen. In addition, Samsung Cloud app will show the cloud usage right on the dashboard. 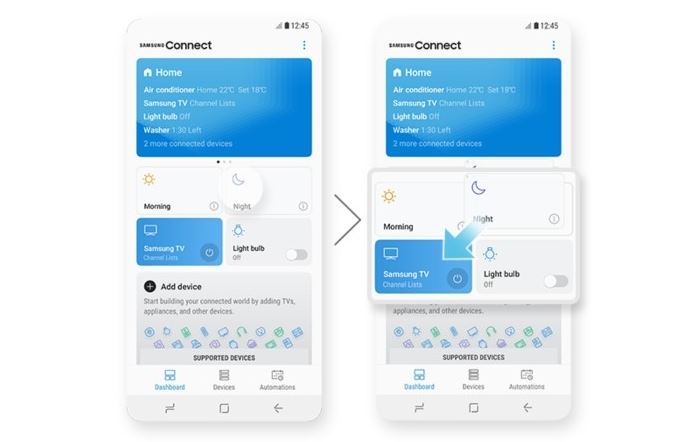 If you have smart home devices from Samsung, you will be able to add cards in the Samsung Connect dashboard to quickly manage those devices. You will also be setup cards for quickly accessing scenes as well. These cards can be for switching on a bulb or triggering a scene. Samsung is also including support for automations in Samsung Connect. These automations can be based on time, device status or a location.

Although Dual Messenger is already present in some Samsung phones, Samsung Experience 9.0 will bring it to all. As the name suggests, Dual Messenger allows users to run two instances of the same social app. You will can run two WhatsApp accounts or two Facebook Messenger accounts and so on. 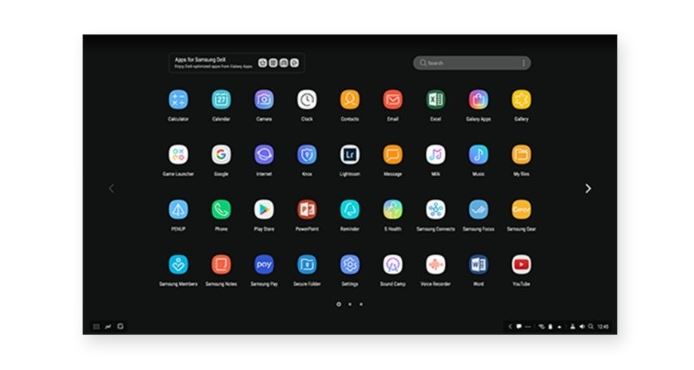 Samsung Experience 9.0 adds support for FHD (1920x1080p) and WQHD (2560x1440p) monitors for DeX. Among other tweaks, the apps screen will now appear on the full screen rather than as a pop-up. The company is also bringing something called Game Launcher in the new UX, which will let you play mobile games on full screen. It also include keyboard and mouse mapping for controls.

Samsung Email app is getting snoozing and due date support for Exchange Active Sync accounts.

Among other changes, Samsung is bringing Wifi tweaks, improved video player, new clock styles for always on display, improved settings, app pairs for all, and more.

While most of the features will reach via Oreo updates to Samsung’s high-end phones, the mid-range and budget phones will not be so lucky. Those phones will only get some of these features. Which devices will get which of these is unclear as of now.