Acer and HP unveil new Chromebooks ahead of CES 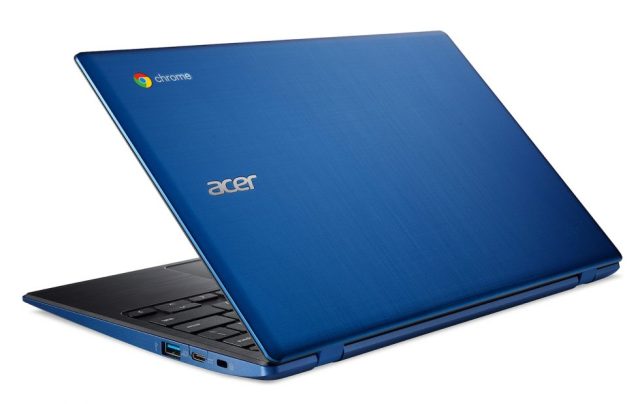 Although Chromebooks have seemingly disappeared from the Indian market, they are still getting some traction in the US, mostly in the education sector though. To cater to the same segment, Acer and HP has unveiled new Chromebook models recently, which will be showcased at the CES trade fair.

Acer’s new Chromebook 11 (CB311) is a pretty basic affair, targeted to the entry-level market. It packs a 11.6-inch screen with 1366x768p resolution. It will be powered by Intel’s Celeron processor. There will be a few variants on sale of the device with 2GB or 4GB of RAM, 16GB or 32GB of storage and touch or non-touch screen option. Additionally, all Acer Chromebook 11 model will offer upto 10 hours of battery life, feature a fanless design and pack USB Type-C ports.

It will go on sale in March in the US with base version starting $249.

The HP Chromebook 11 G6 EE is quite similar to the Acer Chromebook 11 in terms of the specifications – It will feature a 11.6-inch screen with 1366x768p resolution with both touch and non-touch version on sale. It will also be powered by Intel Celeron processor and pack USB Type-C ports.

In terms of the RAM and storage, the HP Chromebook 11 G6 EE will be offered with upto 8GB of RAM and upto 64GB of storage.

The HP Chromebook 11 G6 EE will be available in February, but there is no word on the pricing at this point.

HP Chromebook 14 G5 sports a 14-inch screen and will be released in two resolution options – 1366x768p or 1920x1080p with both touch or non-touch screen variants on sale. In terms of the processor and memory, you will have Intel Celeron on-board with upto 8GB of RAM and upto 64GB storage options.

There are two USB Type-C ports as well present in the device. HP Chromebook 14 G5 will go on sale in February as well and the pricing remains a mystery.