Infocus Vision 3 debuts in India with a price-tag of INR 6,999 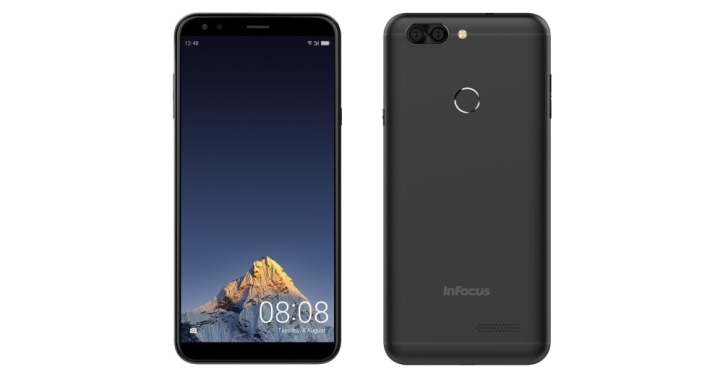 Update (Dec 20): Infocus Vision 3 is now on sale in the country via Amazon India.

According to Infocus, the phone packs a 5.7-inch display with 1440x720p resolution and is powered by quad-core MediaTek MT6735 processor. The Vision 3 also comes with 2GB of RAM, 16GB of internal memory and a microSD card slot. There is dual-SIM support as well but one of the slots is hybrid, which means either you can use two SIM cards or one SIM card and one microSD card.

In terms of the photo capabilities, the Infocus Vision 3 packs a dual rear camera with 13MP and 5MP sensors. The selfie camera on the front is single sensor with 8MP resolution. The company has also include a Bothie-like Dualfie feature in the phone. On the software front, the phone runs on Android 7.0 Nougat with the company’s SmileUX on top.

Other specifications of the smartphone include a 4000 mAh battery, a fingerprint sensor and the usual set of connectivity options.

The phone will be competing with the likes of Panasonic Eluga I9, Intex ELYT e6 and Xiaomi Redmi 4 in the country.

Infocus Vision 3 will go on sale beginning December 20 via Amazon India, which is going to the sole retailer for the device. It has been priced at INR 6,999.