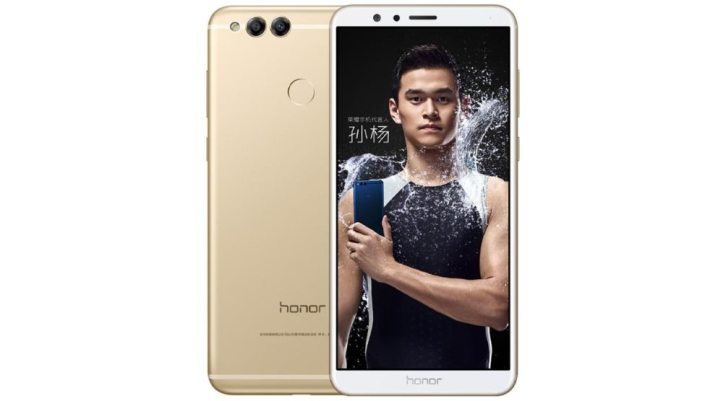 Pricing and availability: The Honor 7X will retail at $199 in the US. The pre-orders open today and the shipping will start December 15.

In the UK, the 7X will sell at GBP 269, however the rest of the Europe will get the phone at 299 euros. It is immediately going on sale in all European markets and select Asian markets.

Honor has also detailed the India launch plans for the Honor 7X. Read more in my full report.

Earlier: Honor, a sub-brand of Chinese telecom giant Huawei, on Wednesday unveiled the new Honor 7X smartphone in its home market. Introduced a year after its predecessor Honor 6X, the new smartphone brings a pretty decent set of specifications for a mid-range smartphone.

The Honor 7X sports a unibody metal design with a 5.93-inch 18:9 2160x1080p display. It is powered by Huawei’s octa-core Kirin 659 processor and packs 3GB or 4GB of RAM and dual-SIM support. The company will be offering the smartphone in 32GB, 64GB and 128GB internal storage variants.

There is fingerprint sensor, 4G VoLTE support, and the usual set of connectivity options on the phone as well. In terms of software, Honor 7X runs on Android 7.0 Nougat with EMUI 5.1. There is no word on the release of the Oreo update for the phone at this point.