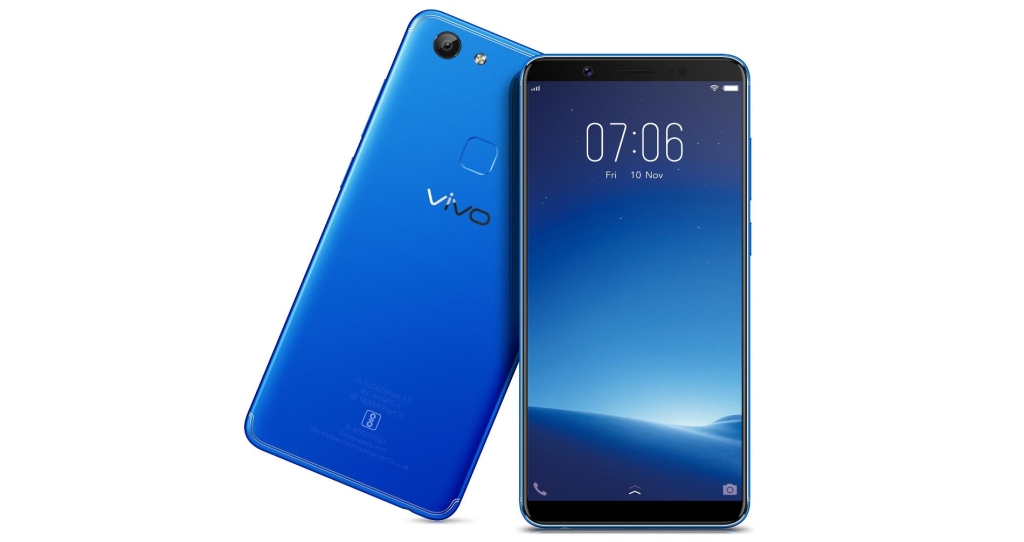 Update (Dec 20): Vivo has introduced a new Blue colour variant of the V7 in India. It joins the already available Gold and Black colours of the phone. Apart from the colour, V7 Blue variant is same as the other two colours and can be ordered from Flipkart.com.

Earlier (Nov 20): Chinese smartphone maker Vivo has launched a smaller variant of its currently available V7+ smartphone in the Indian market. Dubbed as Vivo V7, the new smartphone has been priced at INR 18,990 and will be available exclusively via e-retailer Flipkart.com.

Coming to the similarities, the V7 packs a 24-megapixel f2.0 front shooter with soft LED flash, and 16-megapixel rear camera, same the V7+. On the software front as well, both smartphones run on Android 7.1-based FunTouch 3.2 operating system. The phones are also powered by 1.8GHz Qualcomm Snapdragon 450 octa-core processor and include 4GB of RAM, 32GB of internal storage and a microSD card slot.

Among other specifications, there is dual-SIM support, 4G VoLTE connectivity, and fingerprint sensor in the smartphones.

Like the V7+, the USP of the V7 is the 24MP selfie camera on the front of the device. It is just that the smaller chassis on V7 makes it a more handy smartphone than the V7+.

According to Vivo, the V7 will go on sale starting November 24 in Black and Gold colours..The pre-bookings open on Nov 20. If you pre-book the Vivo V7, you will be eligible for a number of offers including no cost EMI, one-time free screen replacement, and a free movie voucher from BookMyShow. There are also exchange offers and cashback on using the HDFC bank cards.