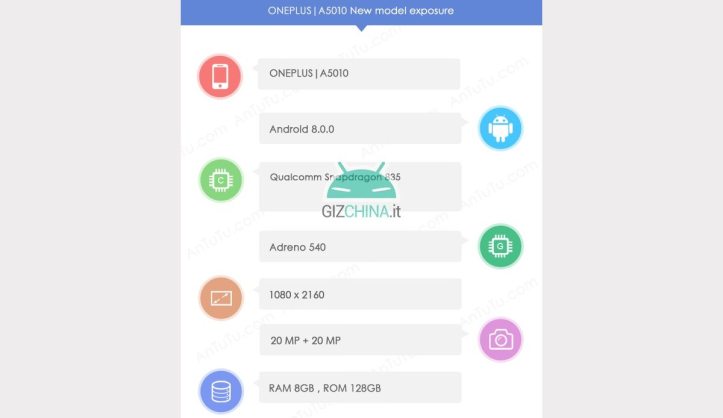 OnePlus 5T started out as a dubious rumour, but off late the increasing numbers of leak have solidified that reports that this alleged phone is indeed coming. As you can expect, OnePlus has been silent on the matter, revealing nothing that would shed light on the existence of OnePlus 5T.

Now, the specifications of the phone have been outed in the database of benchmarking app AnTuTu. The listing reveals that OnePlus 5T, an upgraded version of OnePlus 5, will run Android 8.0 Oreo out of the box. With Oreo update already in the works for OnePlus 5 and the beta build already out for OnePlus 3/ 3T, it isn’t a big surprise.

In addition, the phone is said to be sporting a 2160x1080p 18:9 display of an unknown size. The OnePlus 5T will be powered by Qualcomm Snapdragon 835 octa-core processor and include 8GB of RAM and 128GB of internal storage.

Lastly, the smartphone will come with dual rear camera setup on the back with 20MP sensors. The selfie camera resolution and the battery capacity are a mystery right now.

In more OnePlus 5T news, multiple alleged renders of the phone have made their way online. While we can’t verify the authenticity of these renders, they suggest that the OnePlus 5T will feature a near bezeless display and a rear fingerprint sensor. The renders also show the aluminum frame and bottom-firing speakers on the phone. Check out the leaked renders at the end of the report.

There is no word on when exactly OnePlus plan to make this phone official. Some reports point towards a November release. Given the increased number of leaks, we are most likely closer to the announcement.

We hope to see a teaser or press event date from OnePlus soon. 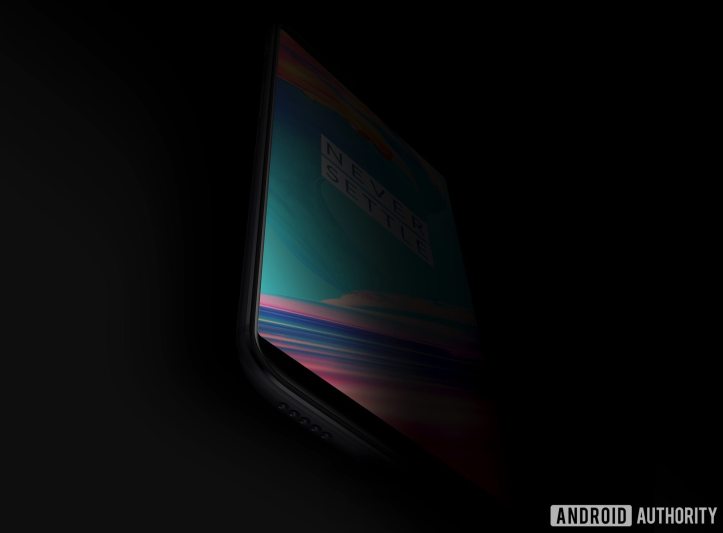 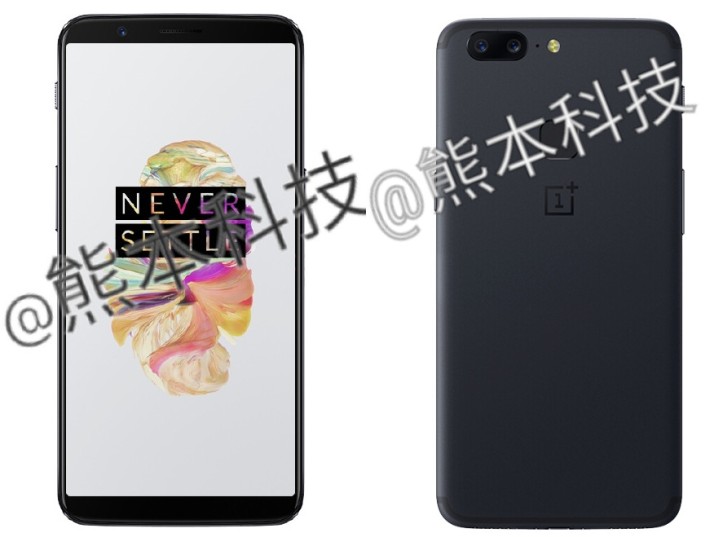