Pixel 2 is hiding a custom Google chip for image processing 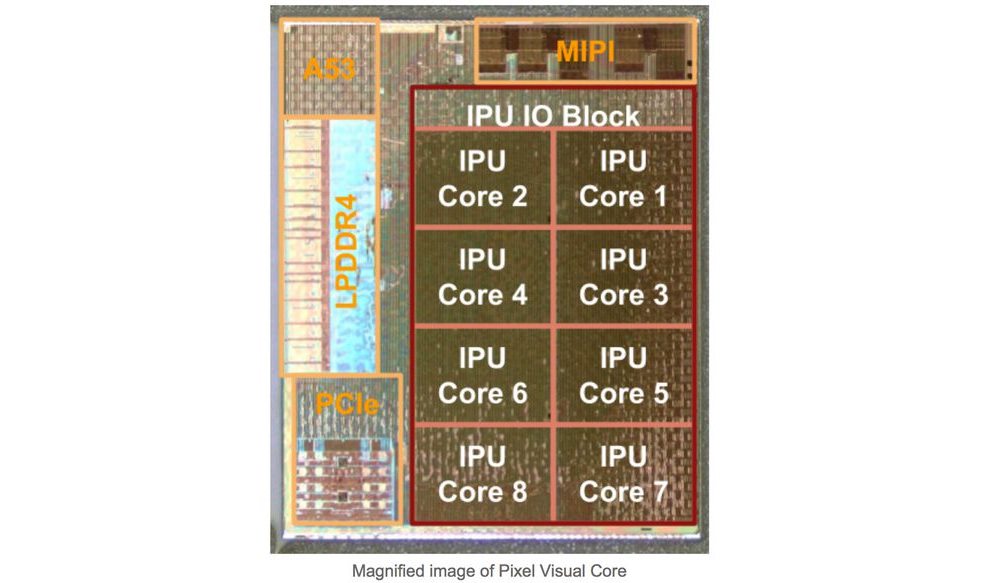 Surprise, surprise! Google has been hiding a secret in its Pixel 2 smartphones. Unannounced at the company’s Pixel 2 unveiling on October 4, the new Pixel Visual Core was revealed today. It is a custom SoC, which has been designed by Google.

The chip will be quietly residing dormant in the Pixel 2 units, until it is activated sometime over the coming months. Google claims that Pixel Visual Core will make Pixel 2 process photos faster and more efficiently than ever.

According to Google, Pixel Visual Core is an eight-core Image Processing Unit (IPU), which will make the HDR+ image processing run “5x faster and at less than 1/10th the energy” than the Snapdragon 835 processor onboard the Pixel 2 phones.

While Google hasn’t shared why it didn’t reveal the presence of the chip earlier or why it has been activated just yet, but it seems that Google didn’t have time to finish the necessary software optimisations and rather than some shoddy implementation, it decided to keep the chip disabled until it was ready.

Although the Pixel Core will initially be limited to image processing, Google is already working to use the extra processing power in other applications as well as machine learning tasks.

According to Google, the chip has designed “to handle the most challenging imaging and machine learning applications” and it is “already preparing the next set of applications” designed for the hardware.