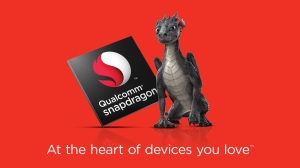 If you were somehow waiting for the rumoured Snapdragon 836 processor from Qualcomm, you are out of luck. XDA-Developers and Android Police are reporting that Qualcomm never had plans to release a new flagship mobile processor this year and Snapdragon 836 simply doesn’t exist.

While it is not uncommon for Qualcomm for launch a high-end mobile flagship for the first half of a year and then follow it up with an improved version of the same in the second half. The chip giant did the same with Snapdragon 800/ 801 and Snapdragon 820/ 821, but it seems there are no such plans this year.

This also means that we will now see the release of the next flagship Qualcomm mobile processor early next year or late this year with actual availability in Q1, 2018. CES 2018 would most likely be the first time manufacturers will showcase devices with next Snapdragon chip.