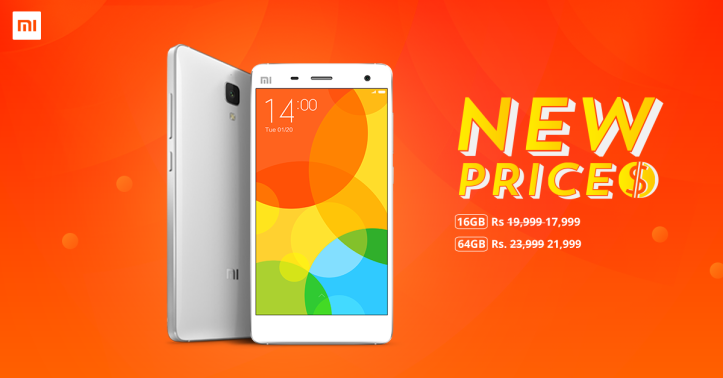 Xiaomi has announced that it is reducing the price of Mi 4 smartphone in the Indian market. The price-cut comes just a fortnight after the company had done the same in China, however at that time that company had stated that it has no plans to correct the Mi 4 price in the country.

Both versions of the Mi 4 can now be grabbed online from Flipkart, Snapdeal, and Amazon in the country, however the phone is currently out of stock at Snapdeal and Amazon e-retailers. You can also purchase the smartphone from select The Mobile Store outlets in the country.

In related news, Xiaomi has released the MIUI 6 global beta ROM for Redmi 1S smartphone. The ROM build can be found on the company forum. As the ROM is still in beta stage, it is likely to include bug and other issues, so it is not meant for everyone.