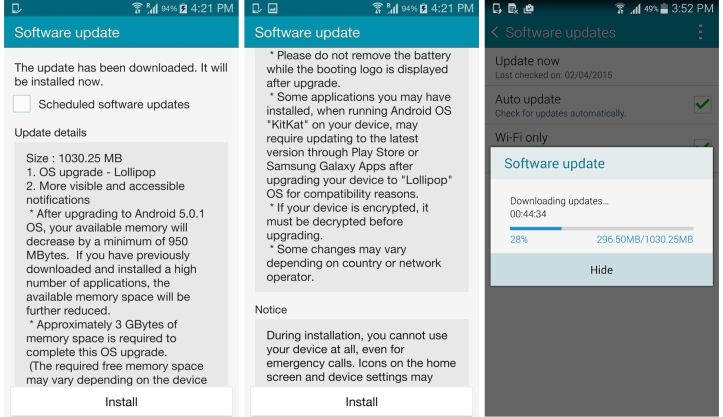 Over 1030MB in size, the update will automatically reach your smartphone, however you can also manually trigger it by going to Settings > About Phone > Software updates > Update now. It is important to note here that software updates are normally released in batches, so not everyone will get it right-away, but it will reach everyone’s Note 4 units over the next few days.

If you have already updated your phone, do let us know about the experience in the comments.

India isn’t the only country, where Note 4 consumers have been lucky to get the Lollipop update today. The Note 4 SM-N910C variant is also getting the Android 5.0 update in UAE, Brazil and Baltic region.

The update is 1GB in size and rolling out over-the-air like India.