Samsung is getting ready to begin the sales of the new Galaxy S6 and Galaxy S6 edge smartphones in 20 markets across the globe in just over ten days from now. These are two of the most anticipated smartphones of this year and they had been generating a lot of buzz for months before their official announcement in early-March.

I recently spent some time with these phones to get an idea of what the fuss is all about and here are my first impressions. This is by no means a review or a detailed look at these phones, but my initial take, based on the time I played with these devices.

Both Samsung Galaxy S6 and S6 edge are a part of the new design direction that Samsung took with the Galaxy Alpha last year. There is just a few months of gap between the release of Galaxy Alpha/ Galaxy A-series phones and the S6/ S6 edge, but Samsung has been to able to achieve a lot during this period.

The new phones have let go of the plastic and they now feature a body made of aluminium and glass, which makes an impression on you the moment you see these phones. The company has obviously taken some design cues from Apple iPhone 6, like that bottom on both phones, which instantly reminds you of the Apple phone, but there is still a lot of Samsung in them. 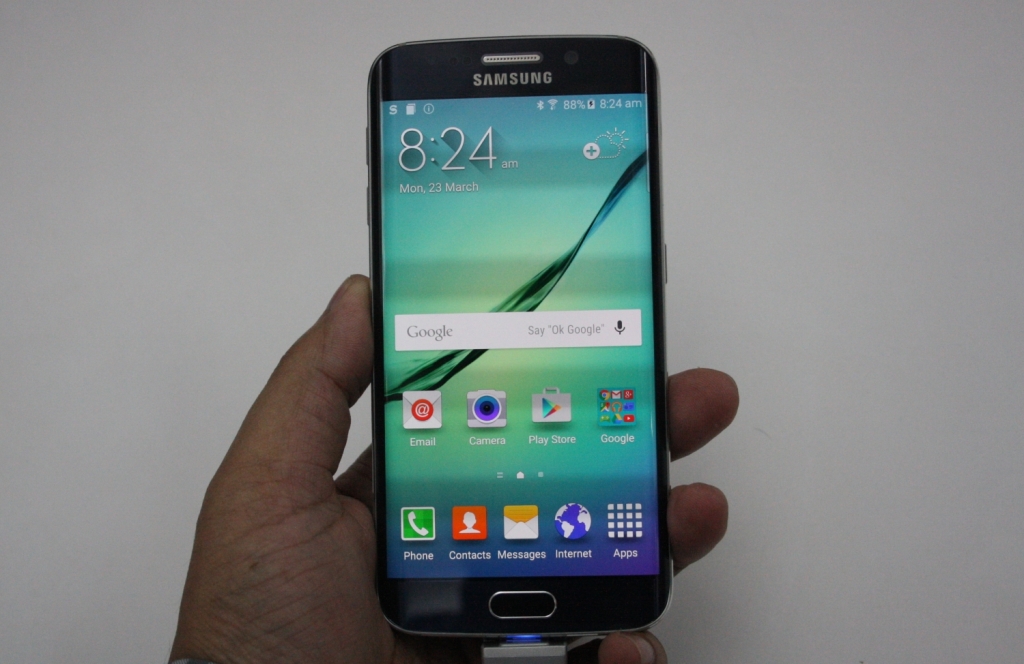 Between the Galaxy S6 and Galaxy S6 edge, the S6 edge clearly wins on the design front with the curved display, but Samsung is charging a premium over an already premium price-tag for functionally pointless curved screen. Unless you have hefty sum of money lying around for your next smartphone purchase, most of you will go for Galaxy S6, which is no slouch on the design front, it might look a little boring when seen alongside Galaxy S6 edge, but as a standalone device, it is one of Samsung’s best smartphone designs.

The presence of Exynos 7 octa-core processor in the S6 and S6 edge alongside the 3GB of RAM has made sure that these phones are as snappy as any phone that you can get in the market right now or the near future. The cameras on-board the phone also look quite decent and whatever sample shots I took during my brief hands on time came out great, but obviously both performance and camera will need a more detailed analysis before a final verdict.

Coming to software, there were a lot of reports that Samsung was planning to cut on bloat in the S6 phones, but that doesn’t seem to have happened. Whatever the company might have removed, has been replaced with something else. There is still a lot of pre-loaded crap on the phones, resulting just 23GB of usable storage in the 32GB version of the phone. Thankfully though, you can disable or uninstall most of the bloat from the phones. 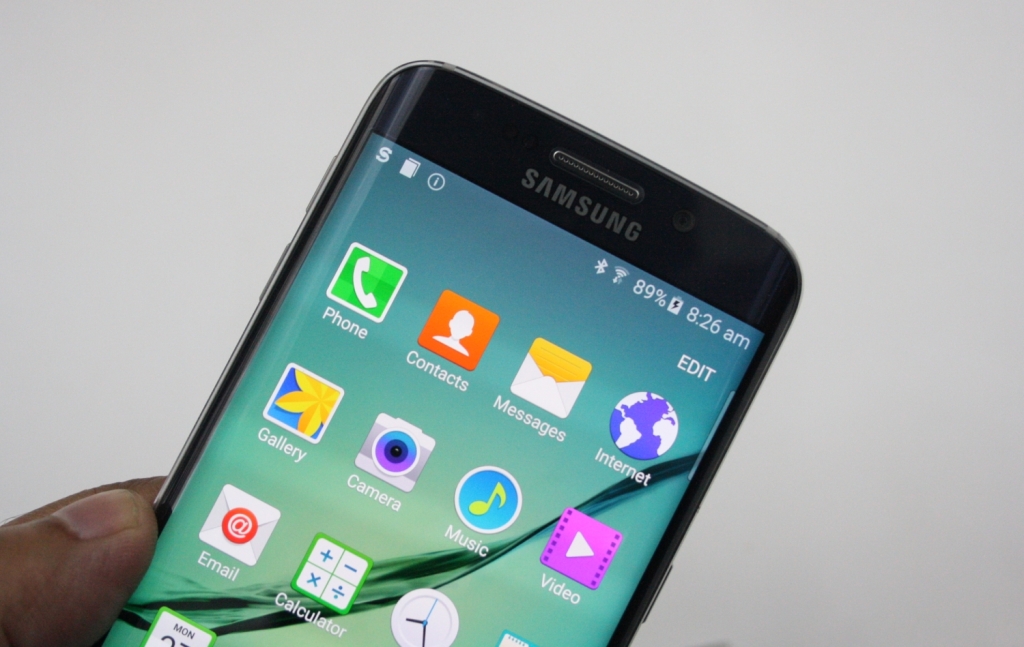 Also, in the first look, it might not look like Samsung has tweaked the user-interface much, but it has. The insides of the almost all the applications are based on material design now and same is evident in the menus and other places. It would have been great if Samsung had tweaked the icons and the home-screen too, but clearly, we can’t have everything.