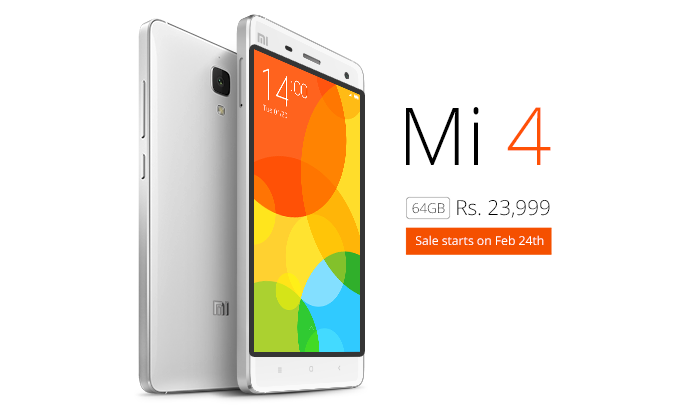 As Xiaomi gets ready to begin the sales of the 16GB version of Mi 4 smartphone tomorrow in the Indian market, the company has announced that it will launch the 64GB Mi 4 on February 24 in the country.

As per the statements released by the company on social media, the 64GB variant will retail for INR 23,999, INR 4,000 more than the pricing of the 16GB version. There is no word on whether the company will release only the White colour model for the 64GB version or other colours will also be available.

Redmi 2 goes on sale in Taiwan this week

In related news, Xiaomi has announced that it will start the sales of the Redmi 2 phone in Taiwan on February 12. It has been priced at NT$3,799 and the registrations for the first flash sale are already open in the country.