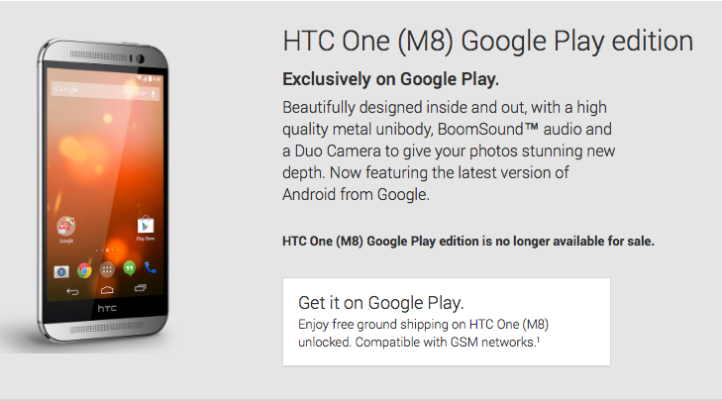 With the discontinuation of the last available Google Play edition (GPe) smartphone from Google Play store recently, this initiative is finally dead.

Google removed the HTC One (M8) Google Play edition from the store earlier this week, which was the last GPe device after the search giant has discontinued Moto G and Samsung Galaxy S4 GPe earlier this month. Other GPe devices had already disappeared last year.  With no new GPe device announcements in the past ten months, there is no longer any hope for a new GPe device to pop-up in the store.

While there will always be consumers, who would like to get a non-Nexus smartphone with stock Android on-board, the target-segment was always so small that it didn’t make much business sense for Google or the device manufacturers to invest in. Also, it was probably becoming a pain for Google to provide continuous software updates for so many devices. 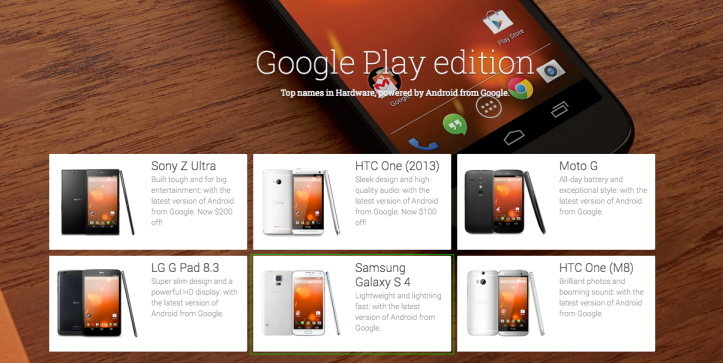