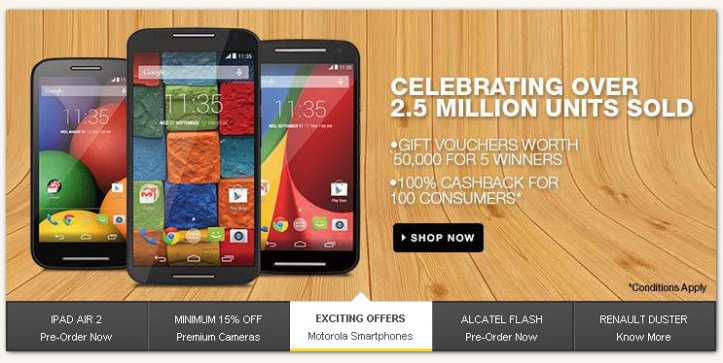 Since its re-entry in the Indian market in February this year, Motorola Mobility, which is now owned by Lenovo, has had a pretty good run and it doesn’t seem to be stopping anytime soon.

As per a promotion going at e-retailer Flipkart.com, which is the exclusive seller for all things Motorola in India right now, the smartphone maker has sold 2.5 million units of its smartphones in the country till date. This is a pretty decent number of a company that had re-entered the country just nine months ago.

As Lenovo plans to keep the Motorola business as usual in the country for the near future, we can expect to see more such milestones from the Motorola brand in the coming quarters.

To remind you, as per research firm Canalys smartphone shipment numbers, Motorola Mobility is currently the fifth largest smartphone vendor in the country.