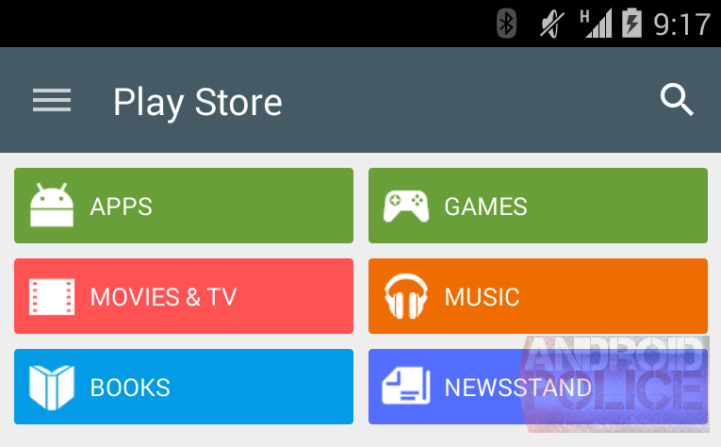 You might remember that Google pushed a new version of Play Store in July with content listing revamp and now it is getting ready to tweak the rest of the interface. Android Police has published a set of screenshots, which show the upcoming changes in the Play Store. These tweaks will be released as a part of Play Store 5.0, noted Android Police.

As the listings have already been changed to match the material design, there won’t be any tweaks on the listing pages apart from the top navigation, which is going to be redesigned throughout the Play Store.

The majority of the changes are present on the home pages of different sections as well as the home-screen of the Play Store itself.  Check out these tweaks in the screenshots below.

In addition, Google also seems to planning to add some options for the app backup/ restore feature, which comes into play when you set-up a new Android device. Normally, Google Play Store floods your new Android device with all the applications present on your last Android device but with the upcoming version, the consumers will finally have option to selectively install apps or even choose between different back-ups. Not many details are available at this point but we hope to hear from the company soon.