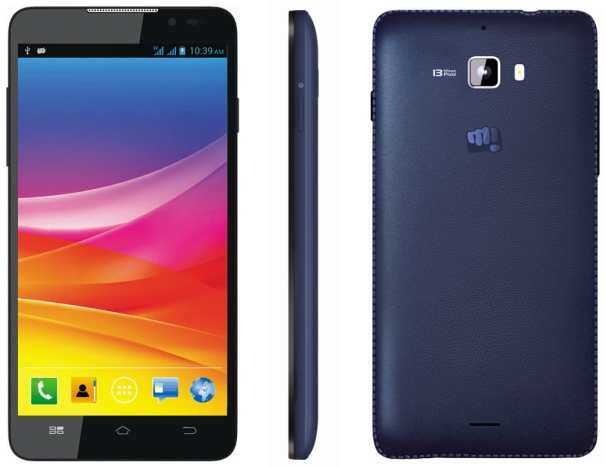 Indian smartphone vendor Micromax on Monday unveiled a new Android smartphone in the country. Part of the company’s Canvas line-up, the new Micromax Canvas Nitro has been priced at INR 12,990 and will be sold exclusively via Snapdeal.com starting today.

In addition, Micromax has included 2GB of RAM, 8GB of internal storage, microSD card slot, 3G, and the usual set of connectivity options. The company has also loaded a number of software enhancements on the phone like Smart Alerts, Trending Apps, Camera Widget, Smart Gesture, BlinkScreen and more.

In terms of the design, Canvas Nitro sports a leather finish on the back and the usual plastic and glass front.

“Inspired by specific needs of the consumers, Canvas Nitro is yet another product from the Micromax stable to democratise technology with amalgamation of superior technology, great design and seamless usability,” said Vineet Taneja, Chief Executive Officer, Micromax in a statement.

Micromax has revealed that its Unite-series smartphones have been a huge success in the country. The company sold 1 million units of the Unite smartphones in first 100 days with a smartphone sale every four seconds