As we head closer to the September 5 press event of Motorola India, Moto G successor has been spotted in the import data tracking website Zauba.com. As per the Zauba data, Motorola has already imported over 70,000 units of Moto XT1068 in the country, suggesting an immediate availability of the phone after the announcement. The Zauba listings were first spotted by PriceBaba.

The import data listings show the branding of the phone as Moto G, which indicates that Moto G successor might not be called Moto G2 and be simply launched as the new Moto G, like what Motorola seems to be doing with Moto X successor.

The Zauba data also lists the import price of the phone as INR 10,640, meaning the final pricing could be around INR 13,000-INR 13,500 after the added taxes, retailer margin and all. To remind you, the import price of the original Moto G 16GB version at the time of launch was around INR 10,900 and it was released on Flipkart for INR 13,999. The entry-level smartphone market has become even more competitive with the launch of Asus Zenfone-series and Redmi 1S smartphones, so it is likely that we will see release of the new Moto G at around INR 13K.

If the import listings are any indication, there doesn’t seem to be any 8GB version of the phone as all 70,200 imported units are of the 16GB version. As per the rumours, the new Moto G is expected to feature a 5-inch 720p HD display, Snapdragon 400 quad-core processor, 1GB of RAM, 8MP rear camera, 2MP front camera, microSD card slot and Android 4.4.4.

We expect to get more details on September 5.

Update: The branding has been confirmed via a leaked image of Moto XT1068 box and the phone will simply be known as “new Moto G.” 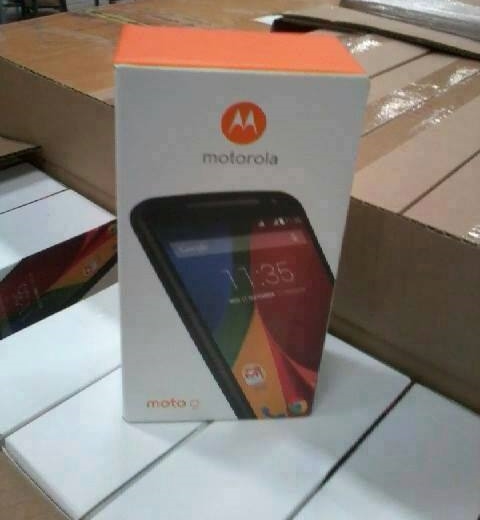