Google adds Celkon as Android One partner, will spend 100cr on advertising

Hyderabad-based Celkon Mobiles has reportedly become the fourth Indian smartphone vendor to tie up with Google for the Android One program. Introduced at the Google I/O 2014, Android One is the search giant’s latest initiative to help the manufacturers in building great budget Android smartphones by giving them a hardware reference design, pre-vetted list of components as well as latest software.

According to a report in The Economic Times, Celkon executive director Murali Retineni has confirmed the tie-up with Google and will be releasing the first Android One device around October (Diwali period).

Celkon isn’t the only the Indian smartphone vendor looking to mine the Android One platform, even Intex Mobile is currently in talks with Google to become a partner in the initiative.

“We are in talks with Google for the Android One initiative. In 15-20 days, I would be able to give more information on the same,” Sanjay Kumar Kalirona, business head, mobile, Intex Technologies told ET.

To remind you, Micromax, Karbonn and Spice are already confirmed partners of Android One program and will be releasing their smartphones later this year. According to Google, Micromax’s first Android One phone will have a 4.5-inch display, FM Radio, dual-SIM support and the latest version of Android. 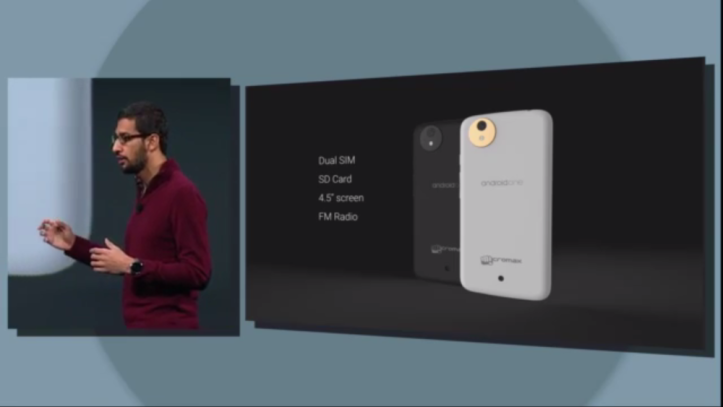 INR 100 crores for Android One advertising

In related news, Google is planning to spend more than INR 100 crores on advertising the Android One devices. The company will reportedly be spending this amount with the Android One partners to push the consumer adoption of budget smartphones, built using Android One initiative.

The Economic Times reports that Sundar Pichai, who is the current boss of Android, Chrome and Google Apps, will be visiting India around October and this trip will be used for the India launch of the Android One initiative.