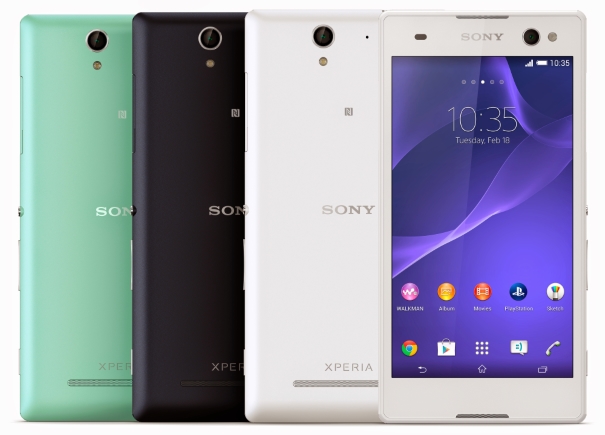 Sony on Tuesday took the wraps of the new Xperia C3 smartphone. Claimed to be the “world’s best selfie smartphone,” it comes with a PROselfie front cam and selfie apps.

“Xperia C3 is a unique new smartphone from Sony, created to offer the ultimate social sharing experience with a new powerful ‘PROselfie cam’. It also presents a combination of the best of Sony, with leading digital imaging technology and brilliant specs and performance all for a mid-range price” says Calum MacDougall, Director of Xperia Marketing at Sony Mobile Communications.

In addition, Sony has packed 4G support, Bluetooth 4.0, dual-SIM support (optional, in Xperia C3 dual) and GPS on the smartphone.

Sony Xperia C3 will be released in black, white and mint colour options from August 2014 starting with China as the first launch market. There is no word on pricing but it is expected to retail for less than 2,000 yuan ($322).