Just a fortnight after officially announcing the new Swarm app, Foursquare has released in Google Play. Swarm app is based on the Foursquare DNA and keeps the main function of check-in but improves on the social aspects.

“We built Swarm because you’ve told us how often you still have to text your friends: “where are you?” and “what are you up to later?” We wanted to build a quick way for you to know these two things for all of your friends. With Swarm, you can easily see which of your friends are out nearby, figure out who is up for grabbing a drink later, and share what you’re up to (faster and more easily than you can in Foursquare today),” noted Foursquare in the original Swarm announcement report.

In addition to all the Foursquare features like check-in to your location, follow your friends’ check-in, and comments or heart them, Swarm brings in a lot of new goodies. One of main new features is neighbourhood sharing, which allows you to share your approximate location like a particular area. It is not like a typical check-in, so you exact location will never will be visible until you actually check-in but your friends will get a broad idea.

“When you turn it on, friends in your city can see if you’re in the neighborhood. And when they have it on, you can see when they’re close. So you never miss out when something could be happening,” explains Foursquare.  It can be switched on or off with a simple toggle. 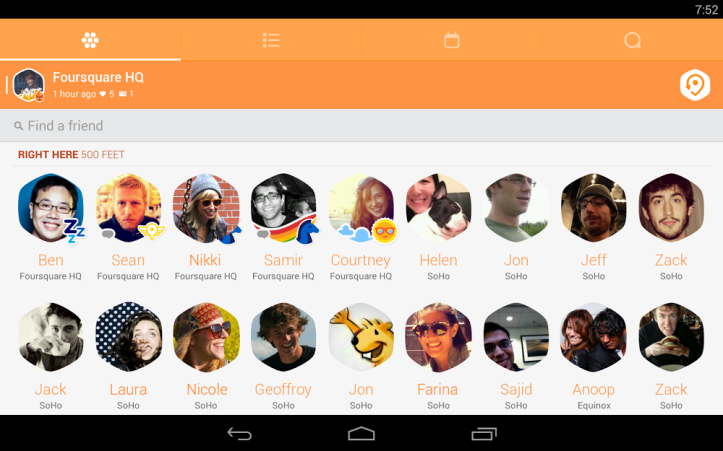 Apart from neighbourhood sharing, Swarm also let you know which of your friends are nearby, so you could probably grab a quick coffee or something like that. In addition, you can also set up future plans.

“Swarm plans are different. It’s a new riff on planning, focusing on your nearby friends. There’s no invite list, and you can leave it as open-ended as you want,” notes Foursquare. Some of the Swarm plans could be like – Who’s up for drinks after work or anyone want to see Godzilla this weekend?

Here is a quick recap of Swarm features