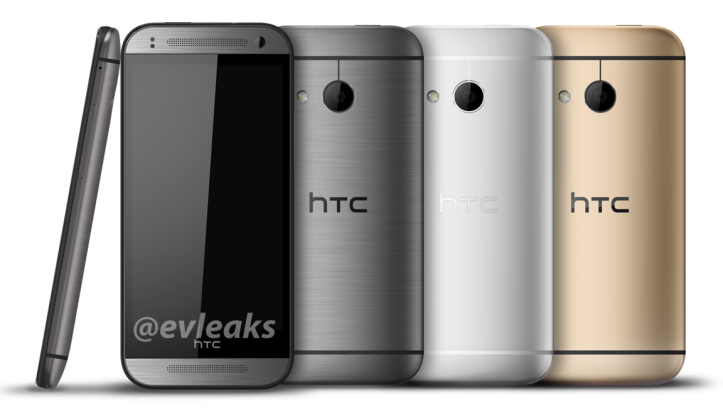 The first press render of the rumoured HTC One Mini 2 smartphone is here. Shared by by @evleaks earlier today, it reveals the design of this upcoming Android phone from HTC.

As can be seen in the render, HTC seems to be keeping the One (M8) design, apart from some tweaks, in the mini version. Among the changes, the company has replaced HTC Duo camera with a single-sensor, which could be the rumoured 13MP sensor or an Ultrapixel camera. The dual-colour LED flash, which is present in One (M8), has also been changed with a single-LED flash.

In addition, the leaked render reveals that like its bigger cousin, HTC will be releasing One Mini 2 in gunmetal, silver, and gold colour options.

As per a previous leak, HTC One Mini 2 is expected to come with 4.5-inch 720p HD display, quad-core Snapdragon 400 processor, 1GB of RAM, 16GB of internal storage and Android 4.4 with Sense 6.0. The phone will also reportedly pack the usual connectivity options and LTE support.

There is no confitmation on the release date but a rumour suggests that we could see the unveiling this month.