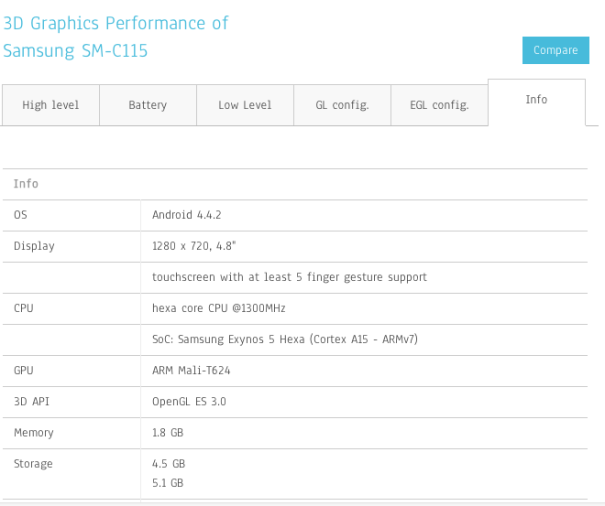 It looks like Samsung is not ditching its Zoom-series of smartphones and will be introducing a camera-focussed Zoom variant of Galaxy S5. Spotted on GFXBench website with model number SM-C115 (Galaxy S4 Zoom had model numbers SM-C101, SM-C1010), the alleged Galaxy S5 Zoom will come with 4.8-inch 720p HD display, 1.3GHz Exynos 5 hexa-core CPU (probably same as Galaxy Note 3 Neo) and Android 4.4.2.

As you can see, these specifications are a clear step-up from last year’s model but the phone is still not worthy of keeping the Galaxy S5 moniker.

There is no word on pricing or availability right now. The announcement of S5 Zoom will most probably be accompanied by Galaxy S5 mini but no Active model is expected this year as the Galaxy S5 itself has water and dust resistance. 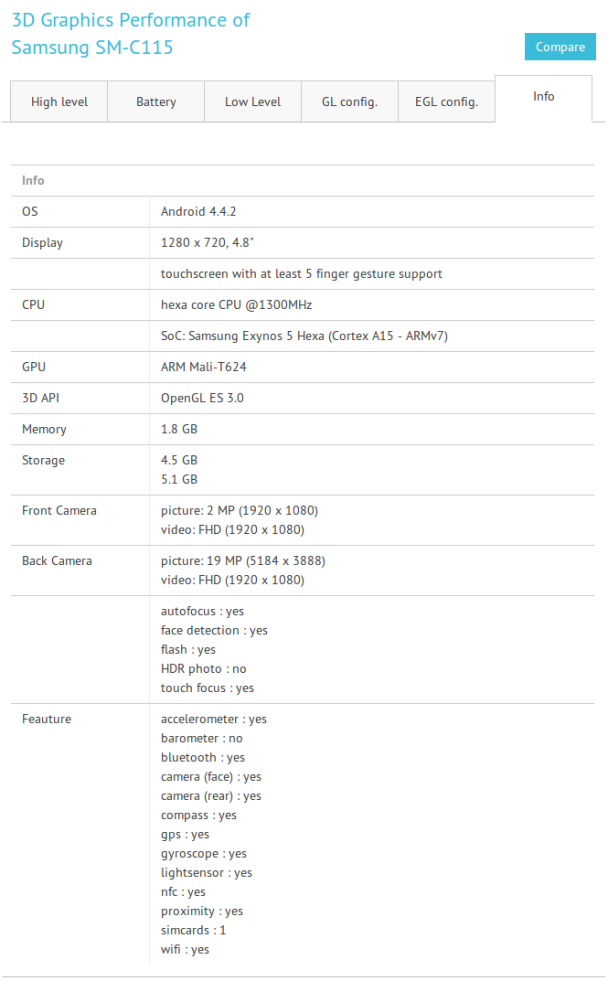