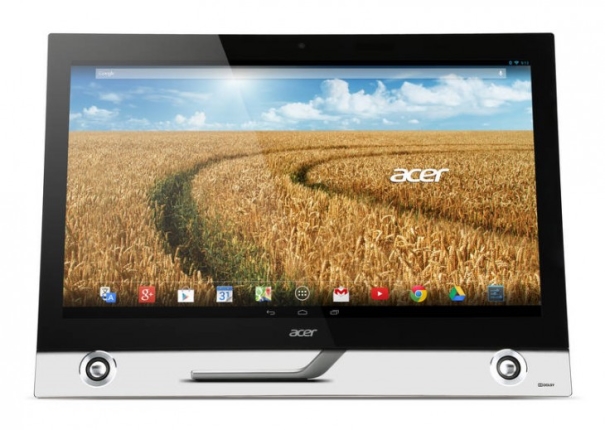 Along with the new Iconia tablets and Liquid Z5 smartphone, Acer has also announced a new Android desktop as well as White colour variant of C720P Chromebook.

“The Acer TA272 HUL sports a premium design that incorporates a transparent base and asymmetric stand that makes the AIO appear it is floating and an edge-to-edge glass design for a seamless and minimalistic look,” Acer noted in a press release.

Coming to the Chromebook, Acer has unveiled a White version of the already announced C720P Chromebook. It will be released in multiple configurations but the C720P-2600 version will have Intel Celeron 2955U Haswell processor, 32GB of SSD, Wi-Fi, HD webcam, and 11.6-inch 1366x768p display.

It will be available starting next week for $299.99 in the United States and EMEA region (for 299 euros) The usual goodies like 100GB of free Google Drive storage and free Gogo in-air internet passes will be bundled with this Chromebook as well.