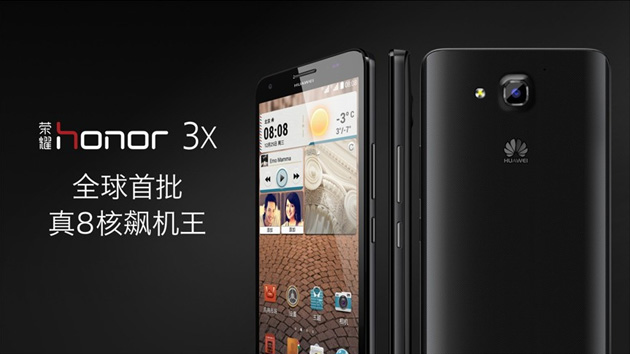 Huawei today introduced two new Android smartphones at a press event in China. Part of the company’s Honor-series, the new smartphones are called Honor 3X and Honor ­­3C. The company has not revealed the availability details for any of the smartphones but interested consumers in China will be able to pre-order Honor 3C beginning tomorrow at JD.com or VMall.

The phone will sold for 1,698 Yuan ($280) in China. The pricing details are unclear for other markets.