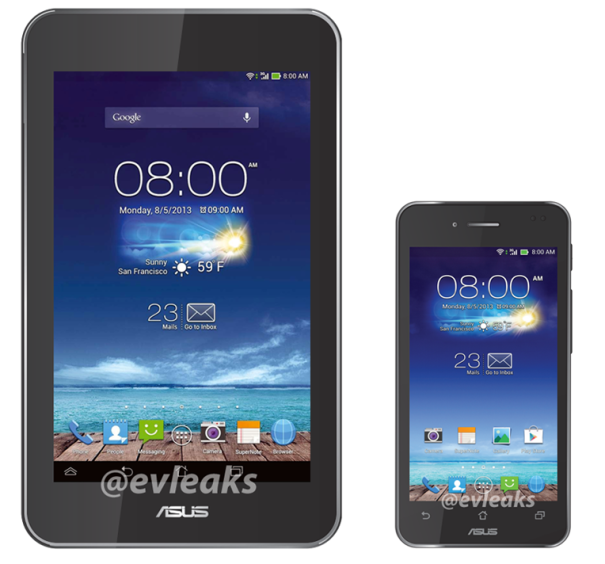 As we have already reported that Asus plans to officially unveil its PadFone Mini 4.3 smartphone-tablet combo on December 11 in Taipei. Now, the first images of this device have been posted online by known leaker evleaks.

Evleaks has not revealed any details about the device but as per previous rumours, the smartphone in PadFone Mini will come with 4.3-inch qHD display, while the tablet will have 7-inch HD display. Among other specifications, the device is said to come with Qualcomm Snapdragon 400 quad-core processor, 1GB of RAM, Android 4.3 and dual-SIM support.

Unlike other PadFone devices, PadFone Mini 4.3 will be a budget offering.

To remind you, Asus has launched four PadFone devices until now – original Asus PadFone, PadFone 2, PadFone Infinity, and New PadFine Infinity. All of these came with 10-inch tablet parts and PadFone Mini will be the first PadFone device to come with a seven-inch tablet.