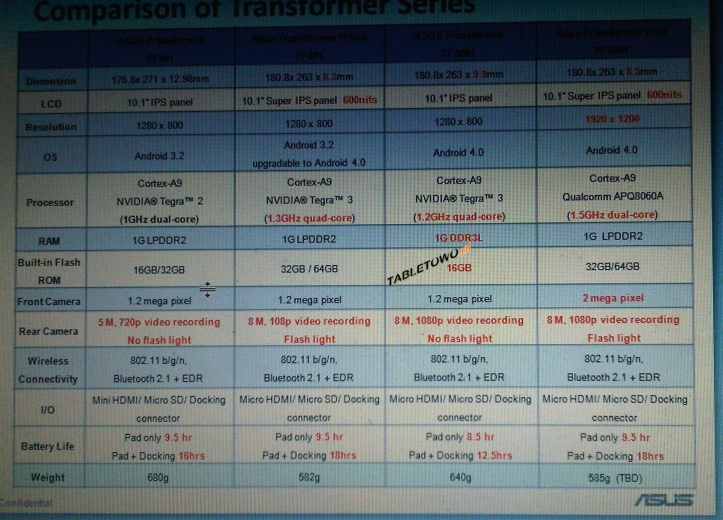 Remember, we reported about a new Asus tablet TF300T two weeks ago, now we have more details about it. According to the Polish blog TabletOWO, which got hold of the official comparison sheet of Transformer series tablets, TF300T will come with Android 4.0 and Tegra 3 quad core processor.

One of the surprises in this leaked comparison is that TF700T is listed with Qualcomm Snapdragon APQ8060A 1.5GHz dual core processor. When company announced TF700T at CES, it was said to be running on Tegra 3. So, either Asus has decided to switch SoC or there is a mistake in this sheet.

We are expecting TF300T announcement at the upcoming Mobile World Congress and it company has really decided to replace Tegra 3 in TF700T that should also become clear at the event.