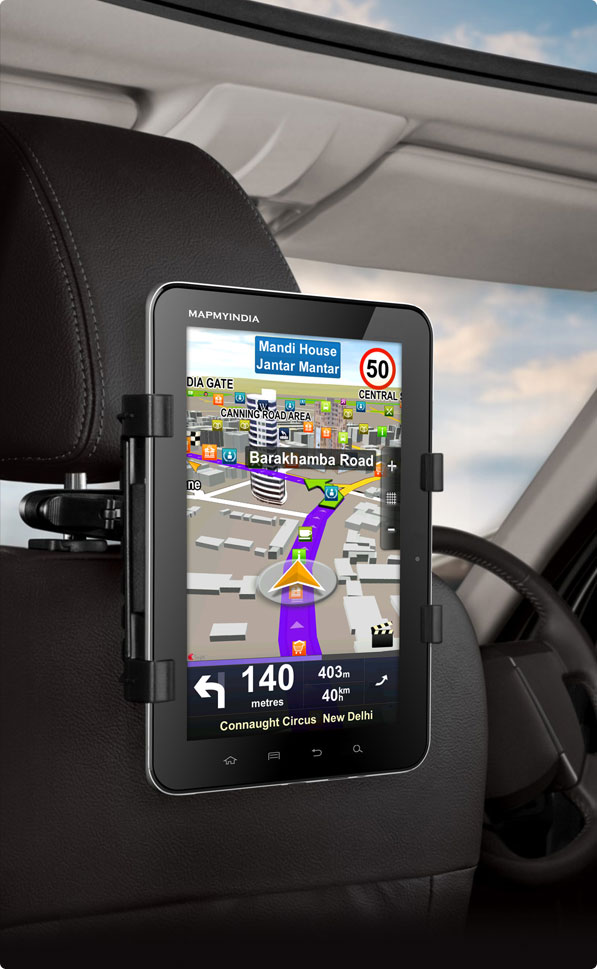 Popular navigation solutions provider MapmyIndia yesterday announced an Android tablet that is made for your car needs. Dubbed as CarPad, this tablet has been priced it at INR 22,990 and it will go on sale from September 15.

We spent some time with the device at the launch event, though we were not able test its navigation skills on-road, but we are not worried about them. We have used MapmyIndia navigation in other devices and it works great. With addition of details up to house numbers and 3D maps; it is only going to make it more useful.

But what’s problematic – specifications of this tablet and the pricing, they don’t sync well. CarPad comes with an 800 MHz Qualcomm processor, Android 2.2 and when it wants to show 3D maps and other stuff, its processing was clearly slow and laggy. Apart from navigation software, which seems to be exclusive to the device, it is like your normal INR 10-12K worth tablet.

So, it’s up to you, if you want to spend INR 22,990 for CarPad, or want to get Reliance 3G Tab or Beetel Magiq and buy directly MapmyIndia maps and install them. If you go for a cheaper tablet with added maps, you will miss the 3D maps and map details till house numbers and free car kit. Nothing more.

That’s all for now, check out some of our hands on images/event images below.