Xiaomi Redmi Note 5 is a budget Android phone from Chinese tech company Xiaomi. It is a successor to the Xiaomi’s Redmi Note 4, which was launched in 2017. It is joined by Redmi Note 5 Pro, an upgraded version of the phone.

Other Xiaomi Redmi Note 5 specifications include 3GB or 4GB of RAM, 32 or 64GB of internal storage and a microSD card slot, which supports upto 128GB of storage. The phone also includes a fingerprint sensor, 4000 mAh battery, and dual-SIM support.

For the imaging needs, the Note 5 comes with 12MP f2.2 rear camera with PDAF and large 1.25?m pixels as well as a 5MP front shooter with selfie light. On the connectivity front, the smartphone has 4G VoLTE support, Wifi 802.11a/b/g/n and Bluetooth 4.2.

Xiaomi has dubbed the Redmi Note 5 ‘India’s all-rounder,’ which is kind of true for the phone. It may not be packing dual camera setup or a brand new SoC, but the smartphone still includes some of the best specifications in its price-bracket.

Xiaomi is a China-based electronics and software company, headquartered in Haidian District, Beijing. The company makes smartphones, tablets, smart home devices, laptops and wearables. Xiaomi was established in April, 2010 and currently employs over 15,000 people. It launched the first phone in 2011. The “MI” in the company logo stands for “Mobile Internet”. Xiaomi is known as offering aggressively priced quality devices. 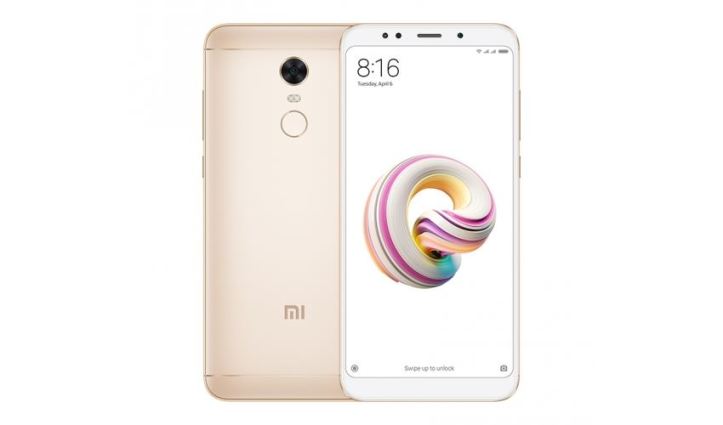